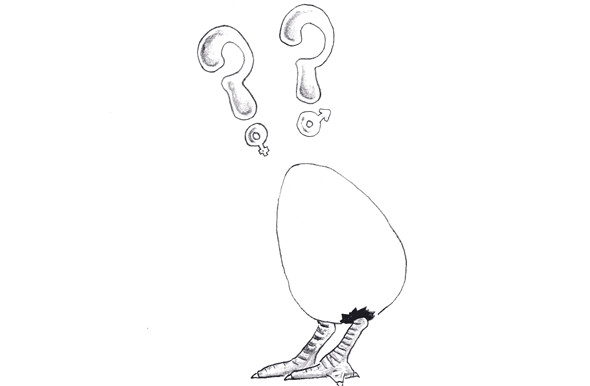 I walk just behind her into the forest. Her tangled black hair looked like a Value Village wig – long and straggly in the back, short and choppy in the front. There are places on her skin where you could see actual dirt. There is a ring of grey residue around her neck. She has some missing teeth, and those left were yellow as a harvest moon. Her eyes are glittering. I can tell she’s really psyched to be inducting me tonight.

“Alright,” she says, “this is your initiation. You can’t tell anybody about what I’m about to show you. If you do I’ll hex you and I’m not afraid to do it!”

Tonight I will trade in my broomstick – that ancient manacle of domesticity, used by us to transport and transgress – for a glow stick or two. “Listen,” she says over her shoulder to me, “we don’t just go to any raves. Yeah, I’ve heard of Burning Man, and the name alone brings back terrible memories.” She shudders.

We hitch our brooms to the rusty gate at the end of the gravel road, clamber through the woods and peer around trees like feral children. We get to a clearing where there is an illegal rave going down… for witches only.

There are no phat pants flopping in the moonlight. Only flabby bodies, wearing nothing but candy necklaces, sweaty and flailing to the thumping beat of techno, green-tinged and peppered with warts. I look to my tour guide – she’s grinning wide too. “Living in the coven, our periods are perfectly in synch. We’re all PMS-ing large, man! It’s time to blow off some steam!” We snatch off our clothes and trample into the fray. We are swallowed by the crowd. I am touched everywhere.

We party hard in secret like this ‘til dawn. We wouldn’t be able to sleep if we tried. Some of us will take pills that we hope are E, others will snort coke up their hooked noses. I even choked down some dried toadstools that were being passed around in a Ziploc baggie.

We drink cauldron-fulls of water (safety first!). And then comes the contest – they piss standing up, using their pubes like puppet strings, in steaming arcs of neon yellow, to see who can propel their pee the furthest. “You should try it,” she turns to me, not noticing that she’s pissing down her leg. “It’s not as hard as you’d think!”

Some of the witches are stone sober. She tells me that those are the hard-core witch ravers. They’re just there for the music and the energy of the throbbing crowd of weird women. I watch them toss their pointed hats towards the full moon, cackling along with the happy-hardcore.

“I personally come for the S-E-X.” my guide brags to me. “I’m horny as hell and this is the best place to score witches. And I like my women as witchy as they come! Like… green skin, you know? Like, kelly green, with long-ass noses, pointed shoes, the whole deal. I do it right out in the open. Oh yeah, on the ground, with twigs and worms and dirt getting all involved. Shit, and it isn’t like anything you’d find in any sex manual. No way. It’s wicked!” I wonder how she’ll score anything cause she dutifully hasn’t left my side, but sure enough, towards the end of the night she slips away for half a second and the next thing I know I see her making the beast with two backs, right out in the open, just as she had said. Their physical contortions are truly spectacular for such arthritic-looking women.

The witches start crashing after about 8 hours of partying. I’m tired but in that buzzing, warm way. When we leave we collect our familiars, mostly black cats but also a couple of toads and a newt, who were milling around the perimeter surrounding us. They’re on the lookout for any non-witches, and will attack if they have to. “But the irony is that usually superstition keeps them from crossing the kitties’ paths!” My witch-friend explains to me. “It’s just a brilliant system! Those yuppie fucks will never admit that it’s their backwoods beliefs that keep them from checking out the noise – but right they are to stay away! Ha! Ha! Ha!”