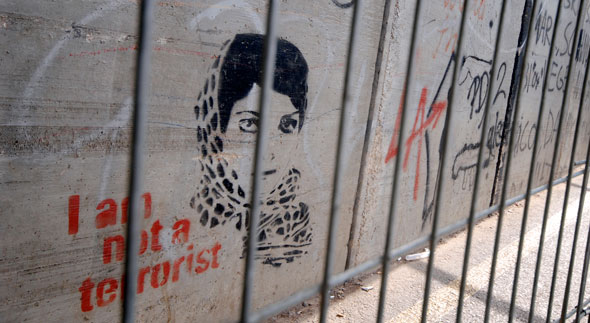 In a system of political injustice and an environment closed to dialogue, how can we think about terrorism as a necessary means of action for oppressed groups? Governments lack numerous ethical concerns when making decisions to enter into a war. As the activity of war is complex and cannot adhere to all ethical standards, the question becomes whether or not its benefits will outweigh the costs. In contrast, government powers are quick to administer a simple definition of what they consider to be “terrorist” activity along with anti-terrorist jurisprudence; ethical concerns are invoked more stringently when applied to groups who fall under the counter-terrorist category. The definition of terrorism as put forth by the United States government with the support of countless international institutions has been used as a tool to contest the legitimacy and the struggles of revolutionary groups while raising questions of their own ethical practices. Can war be considered a form of state sponsored terrorism? Can the line between war and terrorism really be drawn?

The guerilla warfare in Sri Lanka perpetuated by The Liberation Tamil Tigers of Elam has been a long fought battle between the current majority Sinhalese government and militants fighting for the independence of the Tamil population. Sri Lanka has been divided by systematic racial policies as part of the government’s mandate. Guerrilla warfare perpetuated by the LTTE has become a necessary means to an end for the group fighting for a majority of Tamils. While the Sri Lankan government has been able to garner international support in their struggle against the LTTE, the Tigers have been labeled as a terrorist group, which has ultimately led to the de-legitimization of their struggle and the perpetuation of the war. The LTTE movement is just one such example of the international terrorist divide being unjustly propagated by government powers.

Terrorism is unethical, but so is standardized war. While many contest terrorism, war and militant conduct are considered a necessary evil in order to protect national sovereignty. But what happens when there is a divide in what is considered a nation? Who is fighting for freedom and who is fulfilling the role of terrorist? Not everyone supports every chapter of war, but far too many people are quick to dismiss terrorism. This is a model of the hegemonic construct of war in our North American culture. It is patriotic to drive around with a sticker advertising your support for troops but advertising your support for a terrorist group would probably land you on the FBI’s list of people to watch out for. Before quickly building cultural conclusions regarding terrorism, take the time to understand its context. And, before criticizing terrorism, critically examine the environment within which it breeds and realize that every situation is unique.