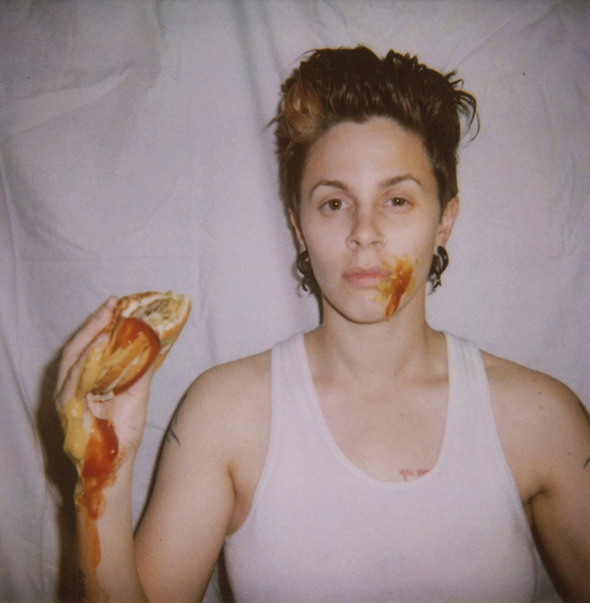 Let me begin by assuring my readers I am fully aware that gluttony is one of the seven deadly sins. Yes, I know—enjoyment of good food is a worldly pleasure and overeating is an evil for which those who indulge in the act should hang their heads in shame. But I can’t help it. I love to eat.

Sure, everybody loves food, but I really love food. It occupies my mind probably more often than it should. I would rather be eating than doing anything else. No matter how happy I am at any given moment, my contentment could always be increased if only I had a fork in my hand and a plate of some culinary delight or another sitting in front of me. I like to linger over my food, taking small bites so that I don’t finish too soon. At breakfast, I eat no more than half a Shreddie at a time, and I make each Mini-Wheat last five or six bites. And when I finally finish the last mouthful of a particularly tasty dish, I always have to remind myself of that old adage which tells us not to cry for what we lost, but to smile for what we had.

After I finish eating my morning meal, the only thing that consoles me is the knowledge that I will get to eat again in a few short hours. As soon as lunch is over, I’m looking forward to dinner. After dinner, I can’t wait for my bedtime snack. And after that blissful indulgence is in my belly and I’ve curled up for the night, visions of sugar-plums dance in my head as I dream about doing it all over again in the morning.

Not only do I love eating food, but I enjoy buying it, too. If I were to write a list of my favourite places to be, the top five would all be grocery stores. I would rather win a shopping spree at Sobey’s than at H&M. Sure, I can get as excited over a new outfit as the next girl, but I can never justify to myself spending more on a dress than I would on a dinner out. When I look at the price tag on an item of clothing, I mentally calculate how many meals I could buy for the same amount. Usually I conclude that I can do without a new blouse or skirt, no matter how cute I would look in it.

I recognize, of course, that there is more to life than shopping for food and looking cute while doing it. As a university student, I am often forced to turn my thoughts from what I’m going to make for dinner tonight, to how I’m going to earn my bread (and cakes and scones and tarts) after I graduate from Laurier. In a perfect world, I would be offered a job as restaurant critic for the New York Times immediately upon finishing school. If food is my first love, writing is my second, and nothing would make me happier than being able to put the two together and make a career out of them. The problem is this: I am a glutton by nature, not a gourmet. The simple truth is that I am far too easily impressed by food. If I were to devote my life to the noble profession of telling wealthy folks which upscale eatery serves the best chocolate pâté, I would have to learn to be much fussier about what I put in my mouth. I’ve never met a cookie I didn’t like, or even a stale cracker I did not care for. I like the taste of nearly everything that contains calories—the exceptions which spring to mind being black liquorice (and really, who does like that?), olives (although I don’t mind these as pizza toppings), and soy milk (which is fine on cereal but nausea-inducing when drunk straight from a glass).

Like most people, I had much more discriminating tastebuds when I was very young. I used to dread the early evening hour when I would be forced to sit at the kitchen table and down an entire plate of whatever putrid concoction my mother had cooked for supper that day (peas and mashed potatoes? Good God, woman, have mercy!). Now dinnertime is my favourite time of the day, followed closely by lunch and then breakfast.

Since I’ve come this far, I might as well unburden my conscience completely with a final confession: yes, I have been known to attend social functions for no other reason than that the notices said “Refreshments will be provided.” Don’t look at me like that!

Before you condemn me as a soulless and shallow gourmand, let me say this in my defense: I did stop eating meat in 2008 after awakening to the true barbarity of conditions on factory farms. I ate meat for 18 years, but now I find it horrifying that most people see nothing wrong with eating slaughtered animals. I know that being a vegetarian doesn’t count for much these days, since I am only one of millions of North Americans who forgo meat in the name of saving animals and the planet. But I still feel good about the choice I made, and I dream of the day when the Animal Rights Movement will put a stop to “meatatarianism” once and for all.

And if soy milk ever starts being sold for a dollar a litre and stops tasting like rice, I might even go vegan.