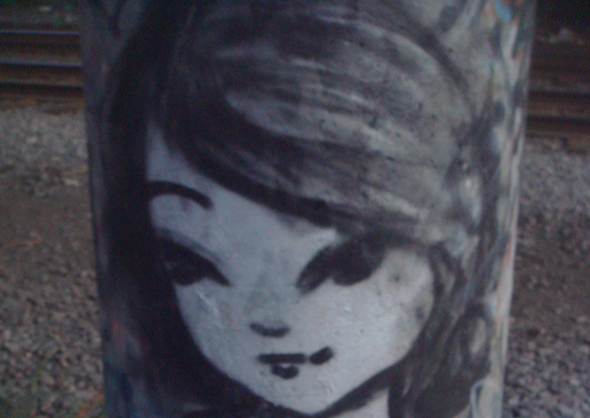 While I was in Montreal this summer, I was at a music festival at a beer tent when I was asked what my sexual orientation is. Try to imagine this from my point of view: I had known this person for all of two weeks when she asked this. She has kissed my face prior to this conversation, which struck me as odd. It would seem that kissing my face and me kissing back would be a clear indication that I wasn’t gay. The response to this is where I’d like to start your understanding of what this piece of writing is supposed to be about.

“Of course I’m not gay! I kissed girl face.”

This answer, which I did not say by the way, is not addressing her question of what my sexuality is. Kissing girls does not make you straight and not doing so does not make you gay. The ensuing meaty conversation I ended up having is one that I would like to loosely recreate here.

One of the greatest concepts that I had the privilege of coming across last year was heteronormacy. That is for example, the idea that upon first meeting someone your default label for someone is heterosexual or that whatever else you associate them with is a preconceived notion of their identity. That is, of course, if the context of your first meeting does not explicitly say otherwise, for example, if you met in a gay bar or bath house. This concept struck me quite hard because this is, of course, what we do. Admit it, you do. Where I would differ from most opinions on this phenomenon is in the analysis of it. It is not strange that our default is heterosexual, but in that sexuality is a very strong source of identity for people. You could easily have aqua-normacy and believe that everyone you meet has tasted water on their lips before. That’s silly though. We’ve all obviously drunk water before. It’s a requisite part of living. We don’t need to address it in concepts because it absolutely has to happen. I would also say the same of sexuality. It doesn’t necessarily need to be acknowledged, because in order for any of us to be here, excluding in-vitro fertilization and the like, our parents must have had heterosexual sex. Penis and vagina, plain and simple.

However, this does not mean that that is all that they did. This is one act of sex in what could be many throughout their lifetime. My own best friend’s mother divorced a couple years back and recently came out as a lesbian, which lends Lose Weight Exercise to the idea that our sexuality is never set and determined.

While I may have grown up in a household where being heterosexual was the norm, it never seemed like there was coercion against any other kind of way. Despite this, I turned out like conventions would say I would. Does this mean that I was influenced or that this is just how my personal development has played out? In fact, my mother always told me that she would rather me be gay than have a tattoo. Actually, she told me she desperately wanted a gay child, so I guess that’s not an equal trade off. Needless to say, I’m thinking of getting a tattoo. This influence in my life, of not pre-determining my sexuality by way of education, has thus evolved into something that has taken on a much more radical character.

I’m not heterosexual, because it would overlook the feelings that I may have had to other men. I’ve kissed some, I’ve thought that men were good looking, but I’m not gay either. I’m not gay because I like women. I like them a lot, in all their forms. Your brains are now telling you that I must occupy some space of bi-sexuality, but even that title would not accurately describe me. I believe that I could be attracted to either gender if someone came along and (without pun or intention) “turned my crank”. My sexuality is not something I want to define myself by. Sexuality is something that, to me, is universal. Like drinking water, we all do it. What then is that supposed to say about creating identity through something that is shared by so many people? I explicitly abandon the idea that my sexuality is something that should define me or anyone else. I would equate defining yourself as heterosexual, or anything else, to the image of frat boys discussing their weekend sexual exploits over a megaphone in public: bad taste. In the animal kingdom bi-sexuality is much more widespread and plays an important role in group cohesion. I’m reminded of the image in the movie 300 of Spartan warriors telling stories to each other and being manly on the eve of battle, when in actuality Spartan tradition before battle was to oil each other up and have sex. What better way to instill bravery and courage than to battle alongside a lover?

Even though we view our sexuality as a vehicle for reproduction and evolution, our applied use of it would indicate that we now use it as an apparatus for power relations. Why not create categories of relations between people and normalize their role in creating identities, when you are specifically interested in the fruits of that productive role? Who might be the benefactor of this condition? That’s not really within my means to determine just yet. But if I figure anything out, maybe you’ll be the first to know.

I may have bitten off more than I can chew with this piece, but I think that may be a good thing. It enforces the idea that this is much more complex an issue than we might have imagined. It’s a discourse that has obviously been in flux and will continue to be for years to come. I’m not ultimately concerned with what you choose to do with sexuality. The most important thing to be done has already been accomplished by you reading to the end here. Just think about it.