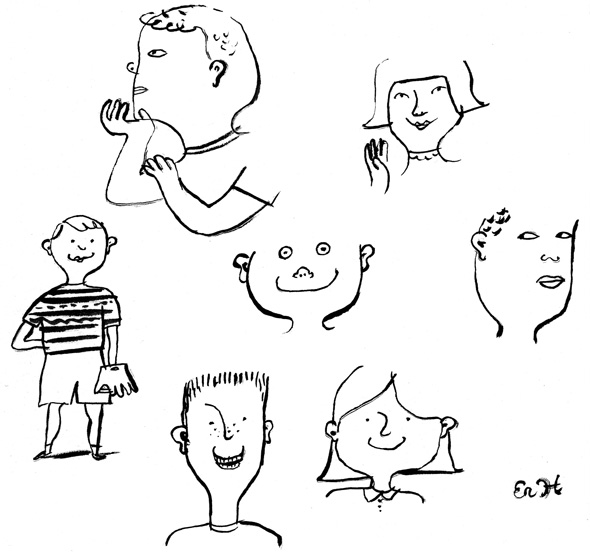 University is described as a next step, a new adventure, and a chance to discover who you are. My first year was all those things and many more. I was recently able to select my courses for my second year of studies, thinking it would be a chance to explore my interests and dive into what I am passionate about. However, it has taken me most of my life to figure out what that is.

I have gone from unrealistic dreams, like professional actor or singer, to wedding planner or interior designer. I even had a phase when all I wanted to do was be a crime scene investigator, a dream that faded once I realized it was a field highly dependent on the math and science skills that I seriously lack. It wasn’t until I was in my final year of high school that I began to seriously think about what my future would be.

The final year of high school is full of decisions and pressures coming from every direction. I was not exempted from these stresses, having been caught between going to either the University of Ottawa or McMaster University. I decided to study political science; it was something that I found an interest in, I saw it as a logical and practical choice of study, and there will always be some form of government. With a deadline to finalize my university acceptance, I was stressed out more than ever.

However, I had a place where my worries would always seem to take a back seat in my mind. To cover my tuition costs, I had taken a part time job at a nursing home. While I was working there, it was as if my stresses and worries just went away even for just a short period of time. It was a feeling that I didn’t even know existed, but I knew right away that I loved it and wanted more.

At first, working at the nursing home felt strange and foreign to me. Having minimal experience with the elderly, I was quiet and reserved and constantly in fear of various things while at work. Part of my job was assisting with dinner, feeding residents who were unable to feed themselves. I was terrified. What if I missed their mouth, or made them choke by accident? What would we even talk about? I feared the inevitable uncomfortable and awkward silence, I had nothing in common with these people. But by my second month of work, I was finally getting the hang of my job. I was learning the personalities and quirks of the residents, and I had yet to make anyone choke while feeding them. I was happy and having the time of my life, and I was getting paid to do it.

I was transferred to secure area as the summer progressed, where residents with dementia or Alzheimer’s lived. Although I loved all the areas within the nursing home, the dementia unit became my home. The residents were witty and fun, and I heard many heart-warming stories that I will keep with me for the rest of my life. There were some bad days, from residents throwing food at me to unfortunate deaths, but the good days outweigh them. I realized I was relating to these residents better than I ever thought I would and they were changing my outlook on life.

There was one female resident in particular whom I will never forget. Though she could never remember my name, she always recognized me when I’d come into work. Before I’d leave for the day, she’d take my hand, look me in the eye and say, “You are so beautiful. You have a bright future ahead of you. Don’t you ever change.” It wasn’t because she was complimenting me that causes me to remember her. It was that she, like many of the other residents, could see the amazing lives that we as students have ahead of us, even when we ourselves cannot.

When September came, I quit my job and headed off to university. As I sat through lectures and attended tutorials, I quickly realized that political science wasn’t my thing. I had taken and enjoyed a gerontology course as an elective, but as the program was in jeopardy of being cancelled, it seemed an unrealistic choice for a major. In early January it was announced that the Gerontology and Health Studies programs would be merged into one new program named “Health, Aging and Society”. The program combined gerontology and a practical study of accommodation for a rapidly increasing aging population. I immediately applied and was ecstatic to find out that I had gained acceptance.

I am now impatiently waiting to quit my new summer job and go back to my school in Hamilton. When I tell people what I am studying they usually comment on its practicality, not on the way I get a little excited when I explain it or how my smile grows when I share the reasoning behind my choice. For me, the love that I have for my program is stronger than the happiness I have for the practicality of it. I have a special place in my heart for the residents that helped me realize my passion without even knowing it.