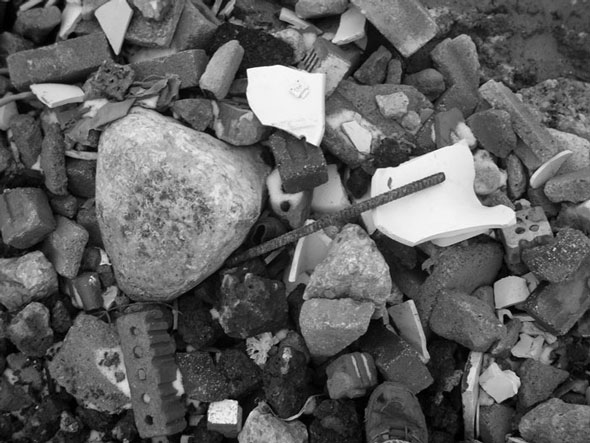 There has recently been a lot of talk and a lot written about global warming. Increasingly, skeptics are coming to realize that global warming is not a political issue. I used to often hear the question “do you believe in global warming?”, but I have not heard it in a while. The evidence is in and it is overwhelming. The data was collected, charts were constructed and predictions were made. The picture that began to appear with the evidence was scary but, until recently, most scientists did not question its accuracy. Now, those questioning the accuracy of the data are scientists themselves and they paint a picture of global warming that is more scary and uncertain. This uneasiness centers on a newly discovered phenomenon known as “global dimming”.

The discovery of global dimming can be traced to Gerry Stanhill who was, in the 1950s, a designer of irrigation schemes in Israel. His task was to measure how strong the sun shone over Israel in order to determine the amount of water crops would require. He collected data for a year and his findings were used to design the national irrigation system. In the 1980s, he decided to repeat his studies to ensure that the data were still valid. He was astonished to find that there was a 22% reduction in sunlight reaching Israel. He knew that this was an enormous amount; Israelis should be freezing their tefillins off. Another scholar, Beate Liepert, was making similar observations over the Bavarian Alps. What was happening?

Liepert and Stanhill began to independently find similar data from around the world. All across the globe the amount of sunlight hitting the earth’s surface had seen a sharp decrease over the years. Between 1950 and 1990, there was a 9% decrease in Antarctica, a 10% decrease in the United States, a 30% decrease in Russia and a 16% drop in the British Isles. Stanhill aptly labeled the phenomenon “global dimming”. In Australia, researchers Graham Farquhar and Michael Roderick were making more observations: there was a worldwide decline in the pan evaporation rate (PER). The PER is measured by calculating the amount of water that needs to be added to a pan every morning in order to bring it back to the level it was the morning before. The PER has been performed in some parts of the world for over 100 years. In the 1990s, the PER was falling. If global warming was a reality and the global temperature was increasing, then it did not make sense that the PER was on the decline.

Scientists found, however, that temperature was not the most important factor in the PER, which mostly depends on sunlight. The energy of the photons coming from sunlight are immensely important for evaporation. Therefore, the decline in the PER was explained by the respective decline in sunlight. Many researchers had independently reached the same conclusion. The decline in the PER that was being reported all across the world matched the decline in sunlight noted by Stanhill and Liepert. The planet was indeed getting darker. So what exactly was causing global dimming? An experiment conducted over the Maldives provided an answer.

It is known that anything we do in order to produce energy causes pollution. Burning fossil fuels, for example, not only causes the invisible greenhouse gases that cause global warming; it also produces tiny airborne particles like soot, which results in the cloudy haze over most of the planet’s megacities. Veerabhadran Ramanathan, one of the world’s leading climatologists, suspected that the latter products of burning fuels were to blame for global dimming. The Maldives, it seemed, were an ideal place to conduct the experiment: polluted air from India sits over the northern islands of the Maldives while the southern islands benefit from the clean air traveling north from Antarctica. By comparing the north with the south, it would be possible to discover what this pollution does for the atmosphere and the sunlight.

The experiment revealed that the pollution over the Maldives, at times around 3km thick, caused a drop in sunlight reaching the ground by over 10%. Pollution particles were blocking sunlight but they were also having an effect on the clouds. Clouds consist of droplets of water. These droplets form when water vapor in the atmosphere begins to condense on the surface of naturally occurring air born particles, such as pollen. The experiment discovered that polluted air over the northern Maldives contained far more particles, such as soot and ash, on which water droplets could form. These water droplets were serving as a bright blanket, which simultaneously blocked sunlight from reaching the surface and reflected sunlight back into space.

Scientists are discovering that global dimming is responsible for droughts in several parts of the world, including sub-Saharan Africa. Global dimming, although itself a great risk to humanity, seems to have been protecting us from an even greater one. As we reduce the dimming through cleaner burning of fuels, something more catastrophic could be awaiting us. An experiment by Dr. David Travis from the University of Wisconsin on airplane vapor trails provides a foretaste. To find out how big an effect the vapor trails were having on the amount of sunlight reaching the earth’s surface, he would have had to ground all of the planes in the sky on any given day and perform measurements. This nationwide landing of all flights never occurred, except for a few days after 9/11.