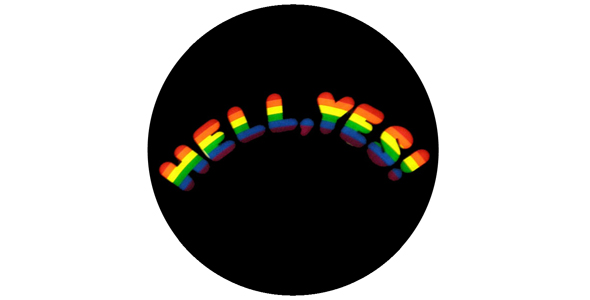 It was Wednesday, according to the Gregorian calendar, and Sunday, according to the Roman. The weather was perfect, according to the weatherman, though “perfect” is a subjective viewpoint. It was sunny, with clouds and a light breeze. The perfect day for Jill’s garden party. Large circular white tables sat at the top of a little hill in an enormously large garden. Heavy cutlery and neatly folded napkins sat by ornate China plates, cups, teapots. Jill wore a frilly dress; her dogs wore similar frilly outfits.

One of her dogs wandered around to the back of the house to a bush where, just a week ago, it has buried a bone. She hunted around for the exact spot, but found a snake instead. She growled at it. It hissed back and bit her. Three minutes later, after much hacking and spitting, and then whining and seizing, she was dead. Three steps from the bone.

Back at the party, several hundred guests were discussing the latest in politics, art, fashion, philosophy, and the top forty music charts. Jill was looking for Jack. She scanned, with her hands like binoculars, across the tables, through the band, through the food, and spied him feasting on hors d’œuvres. She crept up to him, heels noiseless on the grass.

“Great,” replied Jack, then searched for something else to say. “Great party.”

“I’ve got something to tell you.”

Jack swallowed. “I’ve got something to show you,” he said excitedly. He could hardly contain his excitement. From his jacket pocket, he produced a small box. It was brown with flecks of green. It smelled like roasted chestnuts.

Jack swallowed. “I’ve got something to show you,” he said excitedly. He could hardly contain his excitement. From his jacket pocket, he produced a small box. It was brown with flecks of green. It smelled like roasted chestnuts.

“I got this yesterday,” he said.

“Oh it’s great. Look.” He opened it. It played Fur Elise in a music box kind of way. In the middle of the box sat a big red button. Jack grinned. “Isn’t it great?”

“Brings about the apocalypse?”

The heavenly chorus sang Ha-lle-lujah! The sky ripped in two. Cats into three. Satellites dropped from orbit, slamming down into Earth at terrible speeds. Television sets lost reception. Radios spat out sounds of mewing cats. Every volcano continuously spat out molten lava, covering everything and everyone for miles in burning liquid. The earth’s crust ruptured. The light breeze went from zero to sixty, ruining hairstyles all over the world. A green-skinned, bearded man began flailing the screaming masses left and right.

Garden tools sprang to life and began skewering guests. The band started playing Nearer, My God, to Thee. A man cried out, “The lord is upon us! Blessed is his holy name!” and was promptly perforated by flying forks and broken bits of a China teapot. Couples began having sex on the caviar. They muttered unintelligibly in their respective native tongues. A more conservative woman led a man away by the genitals into the house. Food reverted to their animal states. Bass emerged from a bassist. A violinist erupted in a shower of salmon which flopped around on stage. The instruments began playing the band, Yakety Sax.

Up above, pilots flew their planes into other planes in brave demonstrations of World War Two Japanese kamikaze attacks. Chickens spilled out of overhead compartments. Passengers began herding other passengers out of the planes, who jumped willingly. A tremendous display of cooperation.

Down below, children began singing It’s Raining Men. Hallelujah! sang the heavenly chorus. Buildings crumbled, sending wood, bricks, and steel girders flying in all directions. Birds fled in terror. Art lept off their canvasses and started sparring with their admirers in two-dimensional space. An old woman wandered around with a sword in one hand, a severed head in the other.

The snake under the bush behind Jill’s house found that he could speak again. It slid under Jill’s dead dog’s dress and coiled around it, hissing all the while.

Jack and Jill leaned against each other under a table.

“What was it you wanted to tell me?”

Then the planet lost gravity, zipping into the black of space, spilling buildings and salmon and chicken and caviar and people into the void.