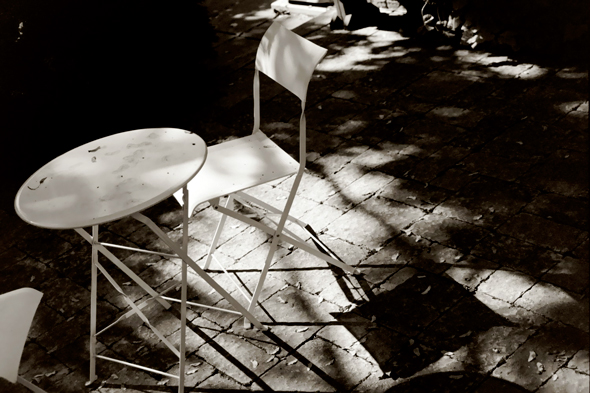 On the days I picked peas, my hands had purpose. It wasn’t until I worked at the farm that I discovered hands could be an extension of your self. For years I thought I had been nice to my hands; I gave them rings, I painted their nails, I worked out the kinks, and restored moisture on winter days when knuckles bled and cracks spread to the palms. I never noticed them unless they held cigarettes or pens, or performed imitations and cast shadows on my bedroom walls, telling stories to my insomnia.

At first, it was asparagus and rhubarb. The asparagus tended to run away from me, so I had to cut their shorter brothers. My hands presented feebler and meeker versions of what people really wanted, and so I learned to hate asparagus and my diminishing capacities with them. The rhubarb was fun to pluck from the earth, slimy at the bottom like an open sore. I rejoiced in running my hands down its red and wounded trunk to clean the ooze, in water so cold it made my fingernails bleed. My hands kept silent, and I did too.

Next came arugula. A tasty plant, but filled with morning dew that made dirt stick to the lines of my fingers and knuckles for weeks, no matter how often they were washed. I didn’t mind the endless return to the dirt, but I hated the feel of it, wet and clinging to the hair on my arms. I lay bunches down and my hands made not a sound. They felt the same way about tatsoi, swiss chard, bok choy, and the lettuces, and I begrudged them. I did not know they were sleeping.

Strawberries, as delicious as they were, left my hands unmoved, but they sympathized with my knees and back. Strawberries live too close to the ground, and my knees would weep from moving up and down and sinking deep in the moisture-ridden hay. It is here where strawberries sleep and learn to separate, only to find fruit too moldy or small or unripe, despite the seasoned perfection to which organized nature maps its life. I didn’t hesitate in loving these things, in planting, watering, and collecting, feeling my own labor and muscles grow and extend and reach towards something, for once.

But here comes the volta; my shift and turn. Turnips. They started the awakenings of desire and the awareness that hands do not only hold; my hands became aware, and I aware of them.

Farming is an unnatural thing to get used to. To farm is to contort the body into strange positions and stances and not just get used to it, but get better at it; like yoga, but less pretentious and without the weird clothing. To stand, legs straight but bent from the hips, hands touching the ground, feeling for shapes underneath the dirt, it became important to learn to associate these contortions with something more important than the taut ache and stretch of a back where imaginary lines, tendons, and spines snapped, only to glue themselves back together overnight.

It was a slow and tedious process where hands and feet were constantly parallel; shuffling and sighing but, more importantly, searching among the stalks, feeling the dirt around them, and learning to gauge, by mere touch, the size and state and their ready-to-die pluckability. My hands began to weep with joy at the feel of a turnip, large and sleeping, and the crunch of its roots as it was pulled up and out to reveal its purple and white body.

It wasn’t until the end of July and the beginning of August, when the raspberries were dying down and feeding more crows than people, that my hands really knew what they were meant for.

All my life, I’ve hated one vegetable with a constant and relentless adamancy; the mere thought of it makes me remember morose and lonely dinners where I, with stubborn ferocity my mother loved to attribute to my red hair, remained the sole occupant of the dinner table with pea after pea staring back at me with shriveled eyes. I find it ironic that the source of so much happiness was the cause of so much childhood distress.

But picking peas became something else entirely. They grow in a vine-like state that emerge and curl in a thousand different directions from about knee to mid-thigh height in a beautiful, green cluster. They became a mid-day reward, when in the mornings I pulled on my jeans, constantly covered in dirt and paint, slid into my rubber boots, tucked my gardening gloves into the back pockets, tucked my ponytail through the hole of my cap, and walked out the door with my hands already tingling in anticipation, already beginning to slide intimately along the waxy stems.

I looked like shit almost all of the time but I wore it all with a strange pride. Every mosquito bite, every cut, every t-shirt I ruined with dirt and sweat were all exchanged for something better than mascara or boys or actually looking nice. I liked the cuts, the bites, the unrelenting ache of my ankles, because it was different.

It took months afterwards until I stopped associating hours of the day with certain harvests, when every hour before two in the afternoon became dominated by endless would-have-beens. While I no longer associate six in the morning with the slicing of Swiss chard and zucchini, certain things stay with me.

It was with hands that rejoiced and spoke that I swung the bucket at my side and walked to join the others who had already begun. There was a certain rhythm, a certain sway to picking peas that encouraged fluid motion and not much else. It started with placing the bucket down and remaining stooped over the row of sugar, snap, or snow peas for about forty-five minutes until the bucket was filled. Both hands would start sweeping and pulling and training your eyes to notice, through the monotony and camouflage of mint green, the crescent moon shapes dangling that, with one small tug, were yours. One hand swayed to the bucket, while the other resumed lifting and shifting to find peas that hid so well they dropped to the dirt from their full, sedated pregnancy.

My back would ache periodically, but the sun never scorched whenever I picked peas; moving further and further down the line, my hands raced each other to find their release. And when I finally relented to stop and bring my bucket to some resting place, it was with hands that mourned and sighed.

It seems only fair now that my hands write this and get a final say as to what it really was about. It was about being good at something you love and the harmonious state of body and mind that only some are lucky enough to stumble upon. For most of us, talent and skill are often unrequited affairs, and I can’t boast that I’ve ever been particularly gifted at anything. But even if it’s a hobby, or silly – like being good at picking peas – or being able to make someone laugh, it’s important to recognize that our strengths are not always what we want them to be. But when they are, it’s beautiful.