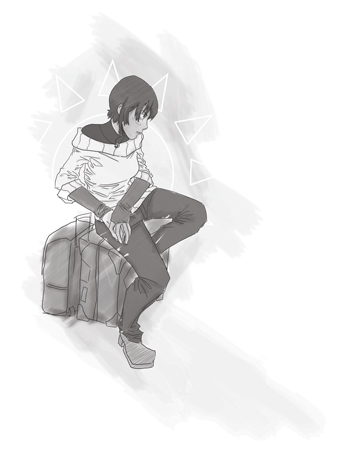 Traveling, to some, is a desired escape from the mundane tribulations of everyday life. It’s the picture of sandy white beaches, a lively resort that takes care of every detail so you can focus on relaxation. To others, travel represents something different. It is a way to engage with another culture, and use volunteer efforts to influence change in our world. I would imagine my travel style rests somewhere in the middle: between selfless humanitarianism and spoiled globe-trotting heiress. In reality, it’s probably the latter.

Perhaps it is my persistent pessimism that restrains me from believing I could initiate any change in an impoverished country, or that in the end the experience would somehow enlighten me. Despite my love for experiencing new cultures, I can’t enter a developing world so nonchalantly. Travelling for the sole purpose of volunteering is one thing, but to enter a country in need to simply unwind strikes me as insensitive.

It could be easily argued that visiting a resort town in Mexico provides the local citizens with employment opportunities, which in some cases may be partially true. However, when many local citizens are involved with dangerous drug cartels, all you provide is the opportunity to access unassuming North American tourists. While those clear sandy beaches may be overwhelmingly enticing – especially when the cold chill of winter sets in – increasing drug-related violence in Central and South America are cause to re-evaluate travel plans, destinations, and to consider a more ethical and informed type of travel.

One of the largest factors in Mexico’s popularity as a relaxation getaway is its affordability. These types of destinations offer all-inclusive packages that cater to students or young adults who don’t always have the ability to pay for travel expenses separately. From this perspective, destinations that offer all-inclusive packages are inarguably the best ‘bang for your buck’ but are they the safest place to spend your hard-earned money?

The Government of Canada recently issued a travel advisory for Mexico, warning against all non-essential travel plans due to a deteriorating security situation and high levels of criminal activity. Along the Mexican-American border, these risks make it nearly impossible to safely cross this notorious line. Scams, kidnapping, theft, sexual assault and murder are increasingly commonplace in Mexico, even in designated tourist areas where most people assume they are safe. Excessive alcohol consumption increases the risks of being attacked, as you may become less aware of your surroundings and in turn, provide an easier target to criminals.

Since Mexican President Felipe Calderón took office four years ago, more than 35,000 people have been killed in drug and gang related violence; with the highest death toll occurring in 2010 at over 15,000 people. Though drug production and related violence have always been a blight in Central and South America, the drug cartels have become much more sophisticated. They are well financed, organized and aggressive enough to show no mercy for human life.

Naturally, this is greater cause for concern to Americans, who share a near 2,000 mile border with Mexico. The border not only produces an easy route to smuggle illegal substances from all of South America, but as a response to criminal activity, generates increased violence and poverty on both sides. Both Mexican and American officials promise to work together in the war against drugs while America shells out $1.4 billion a year to aid the never-ending drug war. What was previously an issue contained within the borders of Mexico has crossed over to thousands of American cities, causing extensive violent battles between rival drug cartels attempting to claim a stake in American territory.

With such explicit violence and obvious social problems, it is a wonder why tourists still flock to Mexico; though such ignorance is not entirely unjust. Media coverage and official criminal reports manage to slip neatly beyond the radar of major network conglomerates, and the reason is evident: fear. Numerous journalists, teachers and investigators who attempt to stop drug cartels or expose it end up murdered or missing. Likewise, most cases of drug related violence go largely unreported, since the victims either don’t want to be targeted further by gang members or are in fact, involved with drug cartels themselves. In this respect, not even Mexican police officials can be trusted, due to the widespread corruption that exists within the Mexican government.

It is certainly a shame when a country with such rich ancestry, cultural significance and wondrous historical artefacts becomes so precarious it borders on the extreme. Surely I want to explore the world I live in, but is my safety and moral conscious worth the gamble? Is it worth visiting when on the other side of my hotel wall is desolation, poverty and gang recruitment? As I drink filtered water that’s been privatized so Mexican citizens are unable to access it, wouldn’t I feel the slightest twinge of guilt, knowing that hundreds of innocent people are dying each day because they are caught in a corrupt government overrun by ruthless drug cartels? Maybe I’m not quite a selfless humanitarian, but using a war-torn country’s beach simply to improve my tan is definitely not my style.