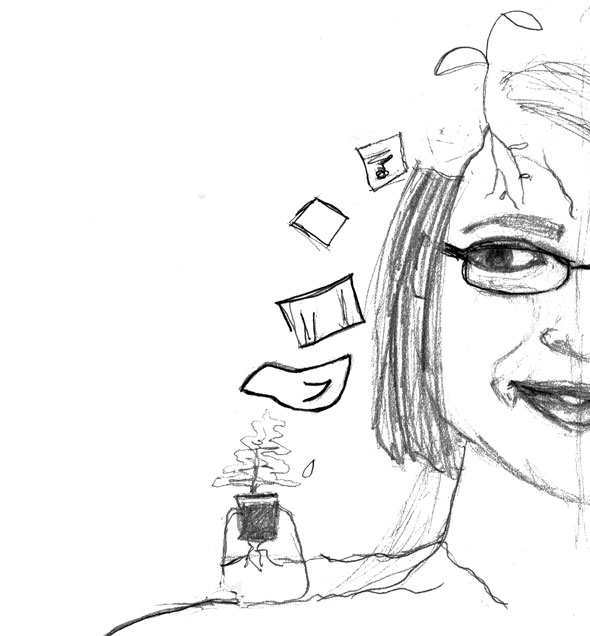 I’ve got travelling roots. The kind that seem to need only a jar of water and a good dose of sunshine. They come from my grandparents, displaced during or after the second world war, and the community of Latvians that managed to find each other and gather together in Southern Ontario. They started schools and credit unions and folk dance groups and published cookbooks, holding onto the culture of their homeland while far, far away. My roots are woven from ancient and more recent Latvian history, personal anecdotes, and folklore.

It’s pretty obvious that in the early years, discovering and building a Latvian community was the easiest way to have a fulfilling social network for these immigrants. My mom remembers a group of Latvian ladies sitting on a neighbour’s porch, crocheting for a well-known local hat company. I suppose it’s the schools and social circles and neat folklore that kept the momentum going. Most Latvians are pretty proud of their Latvian-ness.

We have books and books of tiny (& sometimes big) folk poetry, compiled by Krišjānis Barons and others. In the late 19th century, someone went around the country, collecting folk songs, more popularly known as “dainas,” directly from the creators or from the people they were passed down to. They are arranged by subject, ranging from the sun (especially the sun, the sun is a really big deal in old Latvian lore) to old school gods and goddesses to the stages of life and all the celebrations that coincide with the seasons. On your birthday, it’s expected that your great-aunt will give you a card in which she has printed a daina she has selected specifically for the occasion…which you might or might not actually read.

And most of us love singing. We have a song festival in order to celebrate this fact. Singing is widely believed to have helped oppressed Latvians through tough times and there have been a lot of them. Latvia has a long history of being occupied and controlled by richer, more powerful countries (including Prussia, Poland, Sweden, and Russia) who wanted its sweet, fertile land, its sexy amber, tall pine trees (for ship masts), and the polytheistic homesteaders to convert…or just its strategic location as a trading port.

My favourite history teacher told me that during the early conversions of Latvians to Christianity, a German priest taught a group of them how to build with stone on the condition that they be christened. The ritual was performed in a nearby river. Overestimating the role that water played in their “Christianity,” the Latvians returned to wade in the river soon after in order to wash it all off.

Latvia was declared an independent nation in 1918, but during World War II the dreamy idea was crushed by Soviet occupation in 1940. Nazi Germany occupied Latvia for a few years too, then the Soviet Union moved back in 1944 and lasted there until 1991. This means that the land has been occupied more than half of its life as a modern nation.

I guess these immigrants had had enough shitty, oppressed times (imagine having to choose which side to fight for your Soviet occupiers or nazis) and now they could finally flourish and celebrate who they were in mid-20th century Canada, or Australia, or Britain, or wherever. They were (and still are) really into passing down their cultural heritage, for which I am very grateful.

It’s standard for Latvian heritage schools to teach about homestead layout and life, which is pretty cool because homesteads are pretty cool. Keep bees, grind grain, brew stuff, make bread. There are so many folk songs about the awesomeness of growers and growing food. I suppose it’s been romanticized to some degree, but the fact is that someone was enthused enough by the life ze led to compose songs/words of praise and wonderment that I love singing nowadays. (Yes, that was a gender-neutral pronoun.)

I actually feel connected to the homesteading narratives that have been taught to me at Latvian school. I can’t say that about Canadian lore. Here “pioneer villages” just contain people dressed up, churning butter. They don’t look like your grandma with plum and apple trees in her front yard, planting tomatoes like nobody’s business (but maybe that’s just me).

Roots are funny, and they’re what you conceive them to be. I’ve just recounted random bits of information that somehow help form an idea of how I’ve come to be who I am and why I exist at all. Through a formalization of cultural teaching and a vast displacement of people, my roots include a whole old way of life, a whole old history I could never completely know, a lot of people pushed out of their homeland. So my roots are not just a family tree. They are big and full of stories and usually I embrace them.

This benign cultural propaganda has shown me that people live through struggle, people can adapt, people have lived happily in times when having a field of grain could mark you as well-off. People have cooperated and helped each other and have had a great or hard time doing it. Because of this, I can see a present and a future in which vibrant, self-sufficient community is possible. I’m growing my roots to slip into the ground next to that field, the river, the lover. I’m growing my roots and when I’m ready, they will be too, to support growth, not only in myself but in others too. These are my roots; they come with me where I go, they stay behind in people and places I have spoken love and wonder to. They trail behind me; they want to soak in travelling water jars and they want to spread in the earth. They want to nourish. They want to let go of the negative. And they grow.