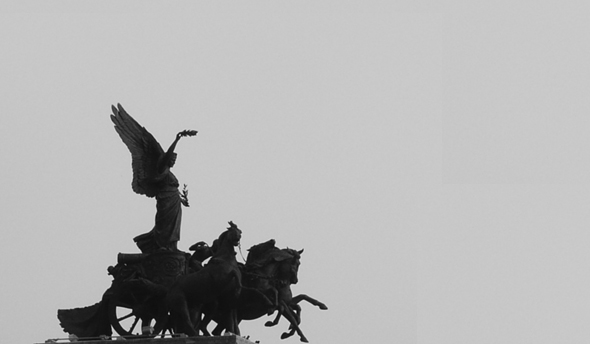 The 72 African migrants had been headed for Lampedusa, a small Italian city that had recently been experiencing an influx of illegal immigration.

61 of the refugees would pass away as the ship, which had ran out of fuel, subsequently drifted around the Mediterranean Sea. They had suffered from thirst and hunger. Many young women, children and political refugees would perish as a result of being stranded at sea. However, it seems that they hadn’t been entirely alone. Italian authorities, which had briefly made contact via helicopter, had promised to provide a rescue boat. Several refugees who were found alive testified that they had allegedly seen a NATO warship. Regardless of any contact, the African migrants would ultimately be left to drift alone, carefully rationing dwindling supplies of food and water until there was none left.

As harrowing as this story is, the key element of horror has been prominent for centuries – borders and all they entail. There have been wars fought to increase borders. There have been countless casualties from attempts to cross a border. Ironically as taxpayers complain of financially supporting illegal immigrants, they spend millions of dollars on making sure their borders are patrolled. Countries have become yet another way to separate people into categories: there is us and there is them.

It would appear that the Italian authorities had viewed those African refugees as unwanted immigrants rather than human beings. Those 72 migrants had represented another financial burden to potentially take on for Italy – a nuisance to Italy’s rightful inhabitants, who pay taxes to reside on a specific plot of land.

This is yet another reminder that some resources are restricted within borders – oil, clean water, quality health care, gold; land that is not scarred with field mines and objects of value. And yet, countries are willing to share their excessive garbage.