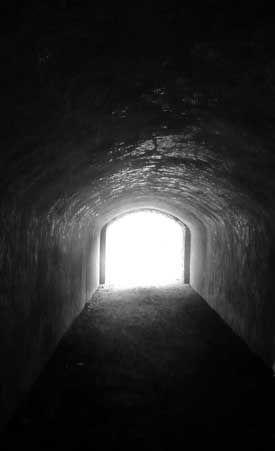 I definitely don’t have any Gossip Girl-esque secrets. I’m not even on the same level as the characters in Glee. And I’ve never actually seen the show I referenced in the title of this article, so I have no idea what their secrets are like. Somehow, I think they’re more dramatic than mine. However, I do think my own secrets, as tame as they are, have played an integral role in laying the foundation for many of the friendships in my life.

In elementary school, most of the girls could sort their secrets into two categories: the boys they liked and the girls they hated. I am aware that some eight-year-olds have much more traumatic secrets than that, even in suburban Mississauga, but I’m trying to keep it light here, okay? These secrets were like currency on the playground; you had to carefully pick and choose which girls you shared this precious information with. It was the golden rule of the playground that only your absolute best-est friend – or, as my Anne Shirley-obsessed best friend and I used to say, “bosom friend” – knew your secrets. You couldn’t tell too many people, or your secrets lost their juiciness, but you had to tell someone or risk being the girl without a bosom friend. I was never very good at this. I rarely had crushes (there were slim pickings, trust me), so I made them up in order to have something to tell. I had (and maybe still have) a tendency to harbour some misanthropic feelings, so the list of girls I hated was much longer than the list of girls I liked – and I think telling that secret might have led to my ostracism. Regardless, I somehow managed to talk (and lie) my way out of many dramatic, tearful scuffles without losing too much dignity or popularity.

At first, I thought that my high school and university friendships were free of the complicated secrets that plagued my playground days. And, in a sense, they are. But when I really think about it, I realize that once again, I have chosen many of my closest friends based on my ability to share my secrets with them. It’s just the nature of the secrets that have changed; for one thing, these ones are true. For another, it isn’t necessarily that they are full of private, oh-my-god-pinky-swear-that-you’ll-never-tell-anyone gossip; mostly they just contain socially inacceptable information and the people you end up forging friendships with are the ones that don’t laugh when you share it with them. Or at least they laugh with you, not at you.

For example, I’ll tell you my secret (no, I’m not a Trekkie – but I do think my theory explains why they all band together): I like Hanson. Yes, I do mean Hanson – the young boys with the long hair and prepubescent voices who charmed the nation back in 1997 with the nonsensical “Mmmbop.” And yes, they still exist, and are making excellent and much more mature music. But I’m not going to defend them to you (although I do think you should give them a second chance). If you already laughed at me, that’s a pretty shaky start to a friendship. If you laughed with me, maybe we should chat.