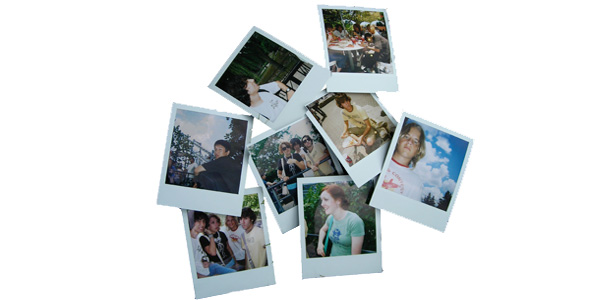 I sat at my desk with the letter unfolded in front of me. The envelope it arrived in had my name written on it in calligraphy and was torn up somewhere on the floor. I scanned the text for reassuring key words: “Congratulations.” “Welcome.” “Accepted.” Nothing. What I saw became a confusion that I can only equate to losing something that you’re positive you remembered to bring: “Although your application was impressive, we regret to inform you that we cannot, at this time, accept you into this program. We wish you all the best in the – “. That was enough. I had been rejected from a school for the first time in my life. A pursuit that I thought would come so simply – being accepted to any and every Masters program I wanted – was not such a breeze after all. There had been a bump in my plans, a change in the game that I was not expecting. And I could not take it.

Faster than I could Google “flights to Berlin”, I contacted every graduate school I had applied to, begging them to formally withdraw my applications. Being rejected from a school that I did not even want to go to was all it took to shake my self-perception. For months I agonized. If I was as intelligent as I believed myself to be, why was I not getting accepted into every grad school I wanted? In my previously more nomadic days, I was rarely settled, always moving. I would have to become this way again. That was when I started my nightly cruises through Craigslist. I considered Paris, New York, Berlin, even returning to a cabin in the Thai jungle that I had once visited. That would be the ticket: something unorthodox and faraway, a place where I could ignore my looming, inevitable 24th birthday in peace and escape the horror that was the rejection letter I held in my shaking hands.

How old I will live to be I cannot know, but a quick look back at my family’s average life expectancy brought me to one conclusion: that I was nearing the end of the first quarter of my life. I have friends who are married, friends who are mothers and fathers, friends who are executives for powerful companies and friends who tour the world in famous bands. My life, although fun, happy and generous, was not as exciting as playing guitar at Japanese music festivals or having a business card that people cared to have in their wallet. I was now in my mid-twenties and an intern, with enough travel experience to know that I didn’t want to be where I was, but no money to go anywhere else. Nights of tossing and turning and creative strategizing about how I could climb the corporate ladder fast enough or somehow inflate my bank account to a size that would afford me an apartment in Florence ensued.

After I awoke from these haunted slumbers filled with nightmares of forever having to brave the morning commute or punch a time card day in and day out, I would head straight for the mailbox and my e-mail account to hopefully hear from another university, finding out that someone had accepted me. It was on a particularly gloomy trip to the mailbox (I had a sneaking, and as it turned out, accurate, suspicion that I was about to be rejected from a university in Vancouver) that it hit me: there is nothing that I’m doing that I can do better at this very moment, and my qualms have nothing to do with me. Rather, I am experiencing a crisis.

I had heard of these before. Soccer moms trading in their mini-vans for Mustangs, grown men suddenly showing up to work wearing leather jackets in hopes of reclaiming their youth. An impossible feat I knew, but the thought of going back a few years and being a little bit younger, having a little bit more time… It was not a viable option, but it sounded better than so strongly resenting my age. And that’s when I knew: I, at the age of 23 years, was experiencing a Quarter Life Crisis. My Google searches went from “Williamsburg loft” to “What the hell is a quarter life crisis or am I just insane?” The results I found were as follows:

The Quarter Life Crisis is a term applied to the period of life immediately following the major changes of adolescence, usually ranging from the early twenties to the early thirties.

Characteristics of a Quarter Life Crisis may include:

In order of appearance: I’m a freelance writer, so being “disappointed with one’s job” is just part of the routine. Enter “financially rooted stress” also part of the job description, and particularly harrowing when you recall my previous affinity for sleuthing Craigslist for apartments in faraway lands. Come to think of it, I had just whittled down my Facebook friends list because I was questioning how many of those names were really my friends. I had also been hearing almost weekly from my very old fashioned, very Italian, very concerned aunts about how hard it is to have a normal pregnancy once you’ve passed the age of 22 – which does not jive well with a promise I made to myself to never become engaged (or for that matter, pregnant) before the age of thirty. I did miss the ease of being an undergraduate student, and I was working so much that I barely had time for Taco Tuesday. Of course I was experiencing “boredom with my social interactions!” It was all starting to make sense.

I was bored, I was on a cusp. I was worried and I was skeptical, but I was not doomed.

Seeing the phrase “Quarter Life Crisis” on paper calmed my tangled nerves, not because it cured the agony of walking with my head down to the mailbox everyday and checking my e-mail with my eyes peaking through the hands I kept cupped over my face, but because I realized I was not hopeless; I was simply adapting. I had previously thought of myself as something of an extremely well adjusted beast, but here I was questioning my self worth because of a few rejection letters.

When I finally confided to some friends about my secret nightly freak-outs and unrealistic apartment hunts, I found I was not alone. My world traveling musician friend admitted that he feared the sophomore slump so much he had nightmares about it, and another friend who had just graduated from the best business program in the country had yet to find a job for himself despite finishing at the top of his class. I took comfort in their instability first, and then in my own. My fear was actually just possibility draped in uncertainty. For the first time in a long time I was not coasting along a semestered school schedule or a summertime that would ultimately end in onward academic progression. I was free, albeit a little fucked up about it.

Fear can be a great educator, and through what could very well go down in history as the worst Quarter Life Crisis of all time, I learned what I wanted and what I didn’t. My expectations were based on unrealistic goals, laid out for me by the MTV generation and the twenty year old millionaires who parade across our television screens. But, like all of us, these figurines of modern life will eventually expire their contracts, be taken off of television, and be just as jobless as any of us have found ourselves at any given time.

The months between applying for graduate school and figuring out my next move will forever be remembered as miserable and discouraging. There were tears, I will admit and there was an excessive amount of waxing existential over excessive amounts of bottles of wine numbering far beyond what my freelancing income should have allowed. There were frequent phone calls to my mother, with whom I could share the secret of my worsening madness, and there were moments in which I questioned whether I was cut out for grad school in the first place. But in this meltdown – this Quarter Life Crisis – I learned that even if things don’t end up the way you want them to, there is always something else. Even if that thing is temporarily punching a time card day in and day out, and even if that thing is an irrational flight out of wherever you do not want to be. There will always be Berlin.