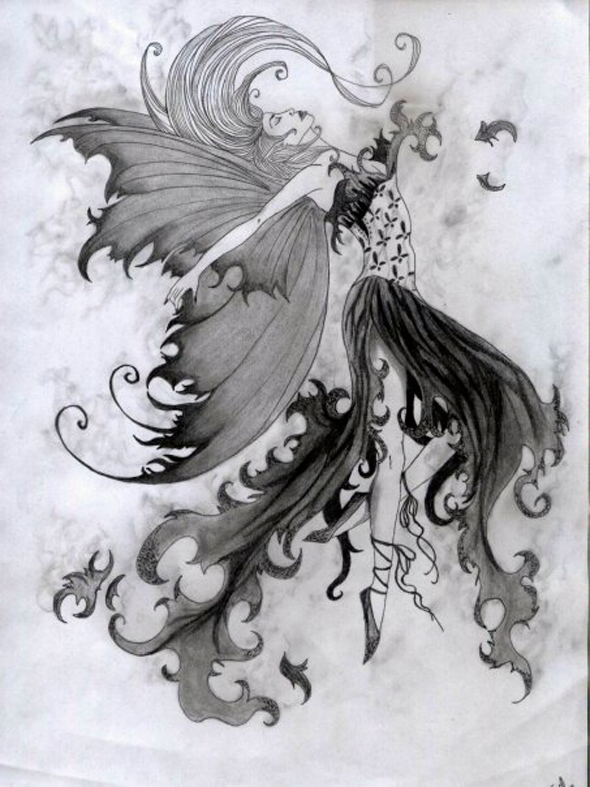 Hold the knee-jerk reaction you’re undoubtedly having at this moment and think about it with me. Why are we, ‘the living,’ so quick to label death as a dark and terrible thing to be feared and avoided at all costs?

There are a number of reasons, I suppose. Perhaps it’s because we’ve lost people we care about as a result of the proverbial ‘permanent vacation.’ That’s entirely understandable, and by no means do I wish to trivialize the grieving process, but I think that, at least for the purposes of this article, there is an important distinction to be drawn between ‘death’ and ‘dying.’ The thing that seems to upset most people is the ‘dying.’ Watching a close friend or family member battle illness, or coming to terms with the fact that an avoidable accident or act of violence caused the loss of someone important can be hard. It is hard. And so is continuing your ‘aliveness’ without that other person to share it with.

Dying is awful, but Death isn’t.

Death is only scary to the living because we can’t entirely comprehend it. We know what being alive is like, but it is impossible for us to accurately picture the opposite. Our only frame of reference, often, is the fact that we know someone who death has happened to. However, our living perspective of the actual event is tremendously skewed. All we can really associate with death is the loss that we feel when it happens to someone we know, and the sadness affiliated with that loss. But that is strictly a living experience of death, while death in and of itself is something entirely different.

Death does not appear to cause any physical pain (any pain involved belongs strictly to the realm of ‘dying,’ not ‘death’) and when it happens, nothing explodes, and there’s a distinct absence of a hooded figure in an ominous cloak. Therefore, the discomfort associated with death is derived exclusively from the outsider’s experience of it, and perpetuated by hundreds if not thousands of years of reinforcement from living people operating on the following crude deductive argument:
Life is Good. The Opposite of ‘Good’ is ‘Bad.’ The Opposite of ‘Life’ is ‘Death.’ Therefore, Death is Bad.

That, faithful readers, is the basis of what spawns the negativity that has come to surround the concept of death. And frankly, it’s logistically unsound because the dead weren’t consulted in order to confirm the third and fourth premises. Thus, we’re simply assuming that death is something terrible when in reality, we’re only confused by it. And that confusion manifests itself in many people as fear and sadness and the general belief that death is tragic and dreadful. But maybe it isn’t.

Let us consider two major benefits of death. The first: its universality. The fact is, everybody dies. Everybody. In fact, death is one of the only phenomena experienced by every living thing. Human beings don’t perform photosynthesis, animals don’t take out bank loans and plants don’t dream, but they all die. Death transcends the usual human categories of differentiation (gender, race, religion, nationality, and I’m sure you know the rest) but it also transcends species. In a world where human beings are so far removed from nature, we need death. We need it because it connects us to each other and the other living things with which we are supposed to coexist, and we need it because humanity is becoming obsessed with difference. Essentially, death can be viewed as an imperative kick in the head for members of a society who superficially discriminate against one another and punish their surrounding natural environment simply because they’ve forgotten, ignored or become too afraid to face the fact that there is something that inextricably links everything that finds itself alive. Death is both wonderful and extremely important because it happens to every living thing, and that’s more than can be said for love or happiness or even consciousness. In fact, the only things that are even remotely comparable to death are respiration and excretion. That’s it. And frankly, taking a breath and taking a shit are rarely considered profound enough to bond over; which is why death is such a valuable and beautiful thing.

So what else makes death so oddly agreeable? Simple. Death reminds us that we’re alive. Just like darkness is required for the existence of light, death is a necessary motivating force that drives us to make the most of our living years. This is neither a new idea nor a particularly earth-shattering one, but it does highlight a key quality of death that makes it easier to think about. It has to be there, it isn’t going away, and we truly need it in order to make the most out of life. Thus, setting aside the unpleasantness of dying and the living experience of death, it becomes apparent that death itself ought not to be greeted with the discomfort and trepidation that we are used to giving it. Death, in its universality and utter inevitability, should perhaps inspire more healthy