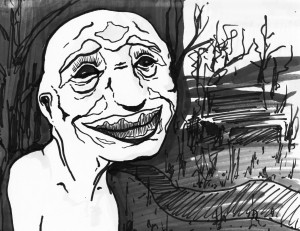 I have never hidden who I am and where I am from. I grew up in a small city of 14,000 and had a strong rural influence in the earlier years of my life. Being born and raised in the Ottawa Valley does that to you. Once I reached that time in my life where it was time to move on to university, I had many choices to consider. I could have gone to a place similar to my home of Pembroke, Ontario. There would be little to no culture shock and I would fit in well. When it came down to decide, I went a different way. I wanted to be exposed to more. Around four years ago, I decided to embark on a four-year-long exploration in none other than Waterloo, Ontario.

I did not realize it at the time, but university was more of an exploration for me than most. The furthest I had been from home had been a family trip to the Maritime Provinces and a three-day high school trip to New York City. Visiting Toronto was seen as a “big deal.” I had no idea what a Shawarma or a falafel was. My small town mind had no idea what was just about to come my way.

My exploration into the new and unseen was not limited to food. I wasn’t limited to anything. I realized, probably mid O-week, that I had already met so many different people from more different backgrounds and preferences than I could ever imagine. Throughout my time in Waterloo, while attending Laurier, I did more things than I could imagine. I quickly learned that our abilities are infinite. Nothing was stopping me from going anywhere so, in third year during reading week, I went for my first plane ride. Oh yeah, it was to London, England.

There is one memory of that trip that will never leave my mind. I spent a week in England and four days in Rome and it all hit me while standing in the famed Coliseum. Standing there in something that we have all seen dozens of times in textbooks or in the media was a moment I never imagined. A native of Pembroke, Ontario standing in one of the most famous landmarks of all time? I couldn’t fathom it until I realized that the only limits we have are the ones we put on ourselves. The possibilities of what could happen with the rest of my life were infinite, and still are.

Thus, the day I picked Wilfrid Laurier University was the biggest act of exploration in my life. It opened me up to new things and forced me to take the next step and explore not only these new things, but also who I am and where I fit in this world. The moral of all of this is that we must step outside what we know and strive to succeed in it. Only then will we fully realize that our possibilities are endless.