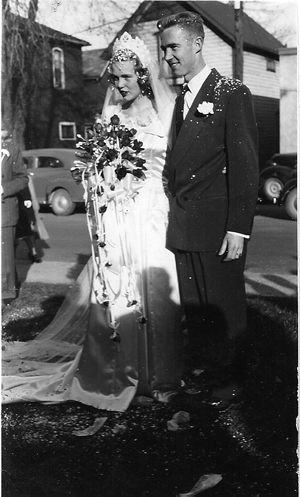 Stuck in traffic, nine exits away from where I was going, was the last place I wanted to be. Edged in first by the buildings lining the highway, then by the highway itself, then by the sea of other cars, then by my own car, and finally by the seatbelt rubbing against my neck. The air conditioner in the car was useless, as my front was cool but my back was drenched in sweat.

I hadn’t been using the air conditioning in my car that whole summer. I had been traveling and working in the backcountry of British Columbia, where the roads were seldom crowded and never slow outside of the cities. Then it was back to the road and an ever-changing collage of farms, forest, cottage-like houses and mountains. The windows were always open, the air was usually cool, and the conversation with friends and other travelers was enough to distract you from any momentary blemishes in the otherwise nice weather.

Then I had to come back and from my perch in the mountains. I descended down through the Great Plains with their mammoth sunsets, on through the muskeg, and then to the stretch of the Trans-Canada highway that plays peek-a-boo with Lake Superior.

Down, down, down, and now I was sitting here. My grandfather had died, and I was now on the way to his funeral. I knew very little about him. I knew he was born in England, and was a pilot in the war, that worked as an engineer at a number of heavy machine factories in Canada. He was on the advisory board for something, and when I was a child, he beat me mercilessly at chess and checkers.

Attending the funeral would by my uncles and aunts, who rarely spoke, let alone visited one another. I had stayed with them in my travels and listened to their stories, about why they didn’t call and the grudges that kept them apart. My aunt kept me up with a wine-soaked rant about what a jerk my father was, as he never supported her decision to marry her second husband from whom she had recently divorced. “He couldn’t say one thing nice, not one thing!” I smiled and nodded along.

All of this added up to a room of about fifty people who shared only blood and a habit for criticism. It wouldn’t take long, I guessed, for someone to bring up some sore subject; voices would be raised, lines would be drawn, and people would storm out and wait in the hall for consolation and talking to anyone who happened to pass by on the way to the bathroom. And because of the same sense of duty that made me come home for Christmas and be compared to my more successful cousins and siblings, I was now subjecting myself to this traffic, this place, and the hornet’s nest of negative melodrama that I was about to walk into.

I was almost there. Two more exits, and the traffic was clearing up. We were moving now and, for better or worse, I was almost at what would most likely be a catastrophe of a funeral. I arrived late, but no one noticed.

I sat beside my father, who sat beside my aunt. I had never seen my father cry, but he came close as they lowered his father into the ground. The attendees of the reception everyone drank tea and coffee, and swapped pictures and stories. Through it all, my grandmother smiled and thanked everyone for his or her condolences. I stayed until everyone had left, and went back to my grandmother’s house with my father and a few others. We talked lightly and before I left we went to my grandfather’s closet to divide up his things. My father took a pair of gold cufflinks. I took some shirts and a pair of moccasins. There wasn’t much to take: at the end of his 85 years my grandfather only had twelve shirts, eight ties, seven pairs of pants, three pairs of shoes, and two suits: one black one blue. I said my goodbyes and drove back to my hotel room in the dark. It was quiet.

A.G.D. is a first-time Blueprint contributor.