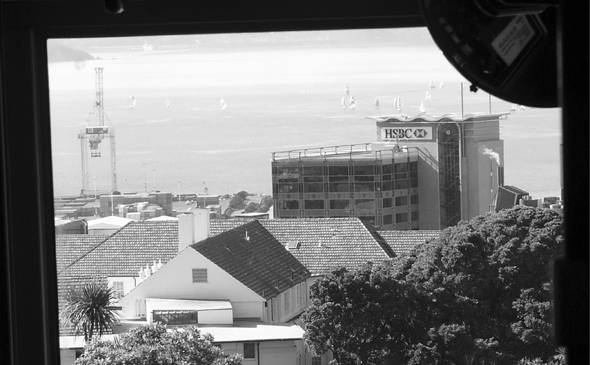 The only thing that is irrational or rational is human delusion; insanity or sanity is expectation. Part of what makes us human is the capacity for, and to lead others into, delusion.

To say that we are children of one place seems rational. Though to say that we are of only one territory, one land, one body, even bounded by conventional reality, is counter-intuitive to connectivity. When a baby is in the womb, it is only of its mother. It is sleeping, peaceful, oblivious, and naïve to whatever is around it. So now we are separate from others. But isn’t it lonely? Even the doctrine of multiculturalism tells us that, ultimately, we are separate from others. Amid rhetoric of tolerance under a colonial entity disguised in words like ‘majority’ and ‘minority’, it is a sort of cultural primitivism.

We are inextricably tied to each other. It does not always feel this way; this may be the pathology of territorialization. Holistic life looks like a series of networks mapping relationships from ourselves to and from each other. It is a thing of self-perpetuation. Life is a bricolage – the pasted-togetherness of biological organization is thought to be a result of the evolutionary history of the organism. Society acts as an environmentally adaptive structure – cities are manifestations of the interactions, clustering and grouping individuals. Fractals are networks that are parts within wholes within parts within wholes; a series of Russian nesting dolls; and life can be studied by the interactions and fields of energy among them. Things of linearity and non-linearity.
Blurring boundaries? They are already blurred, with or without our recognition of them being so. It is not the broad, paradigmatic melting-pot of historical erasure. It is not the neat, vertical presentations of diversity. But is the meeting of these, the bricolage. The combination of everything; a stew of creolization.

Rooted in experience and memory, both bodily and transcendental, are the creation of ‘folk’ sensibilities. Materialism and physicality may now be favoured, but it’s considered more rational than spirit. The ‘self’ is grounded in culture. In the spirit of bounded boundlessness, individuals may construct an image using interchangeable parts. When a genre becomes an individual, when they adorn themselves with it, it becomes a syntagmatically constructed ‘attitude’. That is, constructed using objects that are interchangeable with other objects like it, but different.

The hairdresser, the stylist, the media designer become some of many professional, deliberate architects of attitude. Thus they are replicators of genre. Mapping modular cues for identity construction, we find essentialisms and retro-nostalgia forming a type of folk discourse based on the history of consumer culture. We wear our cultural clothing, and cultural clothing wears us. Like science, there is a prescribed method of construction and inquiry; known principles to adhere to. There is form. There is preference for a simple, linear depiction of reality and syntagmatic sympathy when partaking in identity construction.

Liminal persons are not scientific. To be liminal means to be ambiguous. It means to not have a ‘state of being’ as ordinarily defined by social convention. Currently our ontology, the philosophy that guides ideological views on states of being and the nature of ‘existence’, prefers the settled person. The sedentarist is thought to be naturalized and therefore civilized by, and present in, culture. The wanderer is considered to be denatured or spoiled because they are ‘unclothed by culture’. Nomadic life is defined by absence, set against a background of presence. We do not always know or want to believe that there are street kids who really prefer to be there, to be non-settled. Even those who lead a wanderers lifestyle by their own choosing, as a non-standard social anomaly this choice is thought to confound social structure by placing the domestic unit into question and thus is a transgression against the integrity and stability of ‘the group’. They are ones without outwardly noticeable bearings, adrift of any such morality. They are ‘touch and go’; very uncertain or critical persons. Attempts may be made to save ‘the minority’ to try to bring them back into the normal equation, to render them ‘human after all’.

Regardless of ontological preference, these so-called liminal persons are still of each other and those around them as we are of ourselves and those around us, in the various ways that can happen. But to those who are unfamiliar, they may be considered disorderly or disorganized bodies that are not ‘matter in place’. They are unsystematic, and not in accordance with known principles or methodology. They are formlessness to those who desire form: it is ‘better’ to be the curious observer; a tourist; orderly and civilized in the order of the nation-state.

Virtualism is more like a liminal persona, for how does one put boundaries around information? It is anarchy and guerrillaism, a transgressor antagonizing the everyday of space normally controlled by culture that is defined by borders. Disembodied from the fatherland and mother earth it confounds the nationalistic enterprise in by its sheer cosmic hanging-on in space like a nascent consciousness we can use but not really grasp. Our psyches are now inputted into technology through personalized social media. Here, extremes meet. As pseudo-realism, memory caching on the internet a way of ‘naturalizing’ the internet, taming it, making it ‘settled’, domesticated: terminology derived from settled agriculture.

Rather than it being just liminal; ‘just space’ – unseeable, unfathomable, intangible, abyssal space – it is being cobbled and engineered into becoming ‘more’ of an environment. As humans, it had to be ‘more’ than just itself: in the master-slave relationship it has to be controlled for it to be a fathomably ‘trustworthy’ resource, and also more comfortably navigated. Technology has long been an extension of ourselves. Are we not, then, already cyborgs? The boundaries between life and death are all but a perceptual distinction. Boundaries (still useful) may be fuzzy and gradient though there is an eventual separation from what can be perceived.

Speaking of the meaning of meaning so much has emptied meaning from meaning. Thus, its very meaninglessness is meaningful, yet still meaningless. Fact is arbitrary, unless that ‘fact’ exists in the psyche, which it inevitably does – for what do we really know? Then meaningfulness is ascribed to those arbitrary connections that serve emotion and feeling, embodiment and the continuation of mechanical and spiritual networks of the brain, to keep the neurotransmitters active and to give us something to talk about to pass the time, spilling forth and feeding back in with interactions and information of its environment.