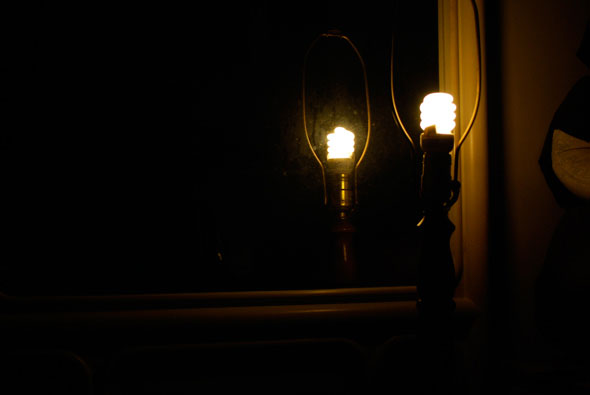 I’m sure you’ve all heard about the cost of the G8 and G20 meetings held in Huntsville and Toronto this past June. Over a billion dollars, most of it on security, and we’re still finding out about more expenses.

I’m writing to talk about the costs you probably haven’t heard about. Over 1000 people were arrested – another number you’ve all heard, I’m sure – hundreds were charged, and over 100 are still facing charges. This costs money. What does that $1.1 billion climb to when you add in the costs of all the legal proceedings? Twenty of those arrested before, during, and since that weekend are facing serious conspiracy charges, after community organizing groups were infiltrated by undercover cops for over a year. Is the likely enormous expense of that “investigation” included in the $1.1 billion? How much are you, as a taxpayer, shelling out for the G8/G20 meetings, and for the subsequent prosecution of dedicated community organizers? We are all paying for this.

Some of us are paying considerably more; like me. My partner, a recent Laurier graduate, is an alleged “conspirator”. He’s not some ‘hoodlum’ from Toronto that you have no connection to. These people aren’t just numbers, and they’re not crazy radicals who ‘knew what they were getting in to’ and were prepared for this – they’re people you know, people you went to school with. The people on the streets of Toronto were your friends, your classmates, your TAs, your professors. And now they need your support, because getting charged with conspiracy (or “mischief”, or any of the other things people have been charged with) costs a lot of money.

Many people already have legal bills in the thousands – even tens of thousands – of dollars. And we’re just getting started. People are facing years of being tied up in this, and whether you agree with the protests and protestors or not, they deserve a fair chance at defending themselves, and reasonable bail conditions.

Everyone in Canada is supposed to have the right to a fair trial. But a fair trial is pretty hard to come by when you don’t qualify for legal aid because you had $2000 saved up for school, or legal aid doesn’t cover all the meetings you need to go to in order to coordinate an adequate defence, or you can’t afford to appeal the bail conditions that prevent you from leaving your house to go to work. It’s easy to see why people might plead guilty, even when they’re not, rather than go to trial, simply because they cannot afford to keep paying their lawyer, or have things drag out and interfere with their lives for so much longer. And when activists have to plead guilty for organizing protests, a very dangerous precedent is set.

And if this relatively privileged group, largely consisting of university students, can’t afford to defend themselves, what does that mean for the less privileged communities that face targeting and legal oppression on a regular basis? There are people currently still in jail for G20-related charges who haven’t been released on bail because they don’t have families able to put up tens of thousands of dollars to get them out.

Then there are the even more hidden costs to defendants and the people around them. Almost all of the “conspiracy” defendants are under strict house arrest, most of them with their parents, often living hours away from their lawyers and the courthouses in Toronto. Many are not allowed to go to work, or to live in the city in which they’re supposed to be attending university. So they’re facing a loss of income and quickly accumulating travel costs to get to school, to meet with their lawyers, or to attend their court dates – plus their parents and sureties are taking time off work to escort them everywhere. Many of them are probably still paying bills for cell phones and cars they’re not allowed to use. Some had to default on housing leases, paying rent after moving in with their sureties.

I was supposed to move in with my partner this fall. But instead of saving money by having shared living expenses, I now have the added cost of traveling 150km each way every week or two to visit him, either in a rental car or via a series of buses. I’m piecing together a variety of freelance work because a full-time job, or one with scheduled shifts, would mean less time spent with him, and that’s not something I’m willing to sacrifice, especially considering I’m the only person able to visit him regularly. It’s bad enough that, at 22 years old, he can’t leave the house without his parents; I can’t leave him sitting around with just his parents to hang out with the entire time, too.

It seems to me that most people think that the G20 came and went; that it’s all over now. But it’s not. Not for the defendants, their families, their friends. Not for me. And not for you – you’re still paying for it. And you’ll be paying for it even more when the outcome of the meetings – the so-called “austerity measures” are put in place. And these are just the financial costs – even worse, in a way, are the emotional costs of being isolated or people not being able to talk to their best friends, and the cost to society of this criminalization of dissent.

So what do I want you to do about it, other than listen to me complain? You can donate money, if you’re able, to the legal fund. You can come out to fundraising events. You can get angry. You can research the events that led to this in the first place – and I mean actually research, not in the mainstream media. You can write to defendants. You can visit defendants. You can read up on the issues people were protesting about – KW Community Support is running a ‘G20 Reading Week’ in November to help you do just that. If you want to do any of these things, please visit K-W Community Support or G20 Reading Week to find out how.