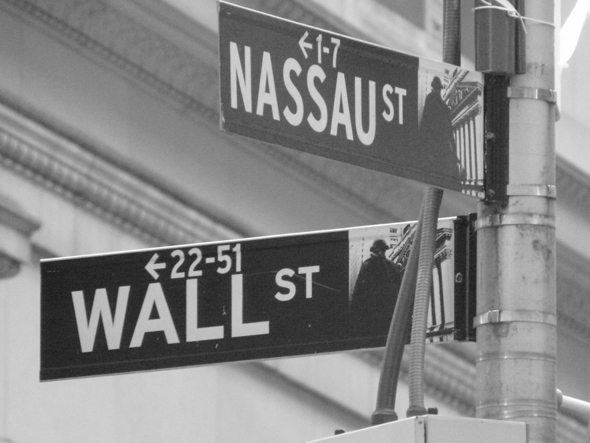 Two Buddhist monks walk past me as I anxiously clutch my Gucci leather satchel, waiting for his holiness the 14th Dalai Lama to take the Rogers Center stage. Observing the simplicity of the other audience members in their robes and clothing free of visible brand names, I feel like a walking cliché. While others are meditating, I’m thinking about how when this event is done, I desperately need to go buy some black leather over-the-knee boots.

The part of my brain that desires material things seems to be much more active than most people’s and ironically, is a large source for my frustrations. It’s a sickness. Whether it’s tracing those glossy gold inverted C’s on a lambskin quilted Chanel bag or having a much anticipated purchase wrapped in crisp white tissue paper, it’s an instant boost of bliss. You unwrap the magic and see the weak stitches holding together your source of self-satisfaction. Money only buys happiness when there’s a never-ending supply.

Finally, the lights dim. Craig Kielburger, founder of Free the Children, takes the stage to introduce the Dalai Lama. Kielburger, who first met the Dalai Lama at age fourteen, was inspired to devote his life to creating positive change on a global scale. While he spoke, I could only think about how much his dapper suit must have cost.

The Dalai Lama emerges; thousands of people get on their feet to great him. He slowly makes his way to the centre of the stage where a gleaming throne awaits him. He sits, he smiles. “Sit down,” he tells us. The crowd sinks into their costly seats. I’m on the edge. I’m waiting for him to enlighten me, to help me better understand myself.

While the Nobel Peace Prize winner shares his wisdom, he also shares a soothing joy. His hearty laugh echoes throughout the stadium and radiates into my eager mind. How can he be so jolly? He lost his family at age 16, his country at 24. Yet he espouses ideals of compassion, love and forgiveness. I can’t forgive an ex-boyfriend for being mean, I can’t forgive that girl for giving me a weird look on the bus; how is he capable of letting go? To simultaneously accept the world as it is, while struggling to make a positive impact.

At times, I feel too overwhelmed by the problems in the world, too insignificant to make a real change. My silver bracelet shimmers under the bright lights. Why do I have these things? I hate materialism. I hate my hypocrisy.

“We need money.” I snap back into consciousness as I hear the Dalai Lama say: “We need money to survive, money is important.”

While the intent of this lecture is discussing human approaches to world peace, the conversation drifts to the discussion of the value, importance and complexities of money. I recognize that money does not buy happiness. I recognize that in my frustrations, I use things as a means of presenting myself in a confident manner.

He tells a story of a man he spent time with, travelling a lengthy distance in a car. The man, whose identity he didn’t reveal, was in a prime position of power that came with heaps of wealth and opportunity. The man turned to the Dalai Lama and began to cry, telling him how unhappy his life was, how sad he felt. While money provides the basic essentials we require, it does not, and never will, provide happiness.

While the Dalai Lama is realistic enough to know that it’s nearly impossible to escape from a capitalist system, he is also experienced enough to say that while money is important, it is not nearly as important as inner peace. Money makes the world go round, and as long as we don’t derive our self worth from it, capitalism isn’t so bad.

A person asks His Holiness that though countries that have a history of communism are much more impoverished than those that were built upon the principles of capitalism, millions of people still suffer all over the world. What is the solution? Eliminating capitalism altogether is impossible and entirely impractical. Anarchy is not an effective way to encourage love and compassion between people with a difference of opinion.

With money comes power, and with that comes the opportunity to choose between greed and goodness, the Dalai Lama tells the crowd. But money, power and greed create anxiety. Our response should not be to get angry and take down those in power. Instead, we should come together as a community to solve issues.

Society, the Dalai Lama suggests, is breeding a generation of passive bystanders who are no longer rooted in their ideologies. Tolerance is the key. We can’t even think about eliminating injustices if we can’t get along with each other, or ourselves. “Peace won’t drop from the sky,” He states. It requires work.

As the lecture nears to a close, I feel an eerily calm sensation take hold of me. I understand that capitalism can leave some behind, but the driving force is the intolerance and callousness of countless individuals. I don’t like having to work, I don’t always like the system I feel trapped in, but sometimes, I like stuff. I like attending university, travelling and putting my money to good use. Does this mean I’m superficial, or just enlightened?

Exiting the Rogers Centre, several homeless men are sitting outside with witty signs saying ‘Good Karma, $1.’ Trying to understand why some people are born into privileged positions while others aren’t is impossible to decipher. I recognize it’s an injustice but I also recognize that debating Marxism in a heated classroom is going to do very little in actually helping a cause.

Unwrapping a present may not bring me long-term happiness; instead the experiences with friends and family are what resonates most. It’s in the basic, human interactions that we can derive joy and contentment. Only after we find inner-peace can there be outer-peace.

I widen my eyes to the flurry of urban life buzzing around me, moving quick enough to leave you behind. I decided I don’t really need those new leather boots, my old ones will suffice.