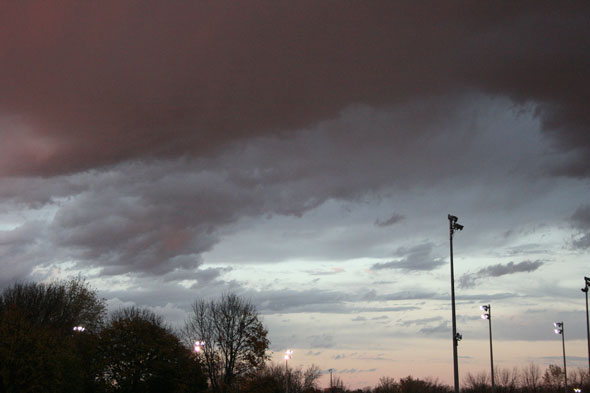 It’s hot. The sun bears down on the water and there there is no shade for comfort. No trees, no birds, no sail. There is the light and there is the water. The boat gently glides and the slicing sound made by the bow is crisp and clear above the constant buzzing and humming of the insects unseen. All of this goes unheard; he only hears silence, the only interruption on this day is his fumbling about on the boat, looking for another drink or some other type of bait. The fish aren’t biting. They don’t ever seem to bite.

Sweat trickles down his forehead and down his face. Salty as it lands on his lips. He takes his time to lick his lips. The saltiness reminds him of the taste of her skin. His tastes different somehow, slightly bitter, hers was almost salty sweet. Was it hot then too, he wonders. All this sun creates a new kind of oppression. His memories have changed, have become dull. Under the confines of his sandal, he makes the effort of crossing his big toes over the second and urges his body to produce that same sweaty anxiety. Eyes closed, he waits. The fishing pole snaps to life and the unnatural bend of the rod brings him back. There is no wind but he can feel goose bumps rise on his arm. He sighs.

Clumps of dirt are flung into the air and land haphazardly around the barely visible figure. There is no moon tonight. No chance for even the flimsiest strands of light. The shovel makes the first sound, breaking into new ground, rocks and debris scratching its metal base. The sound of dirt as it hits the grass follows. He is determined and his work goes uninterrupted. There is dust everywhere in the air around him and, sand and grit under his nails. His hands, dirty from their work, look almost inhuman, a demon working through flesh and blood; a pair of divine hands at work.

As the hole becomes larger the damp rich odour of dirt fills his nostrils and he must stop for a breath of fresh air. The wind blows its forgiving breeze and the smell of its chilliness, the distinct scent of fresh air and the mysteries it carries makes goose bumps rise on his arms. He holds his mouth shut. He dares not look the other way. He is calm in a way that makes his unease rise to the surface.

There is no sound tonight but his mind says, “look.” No, it screams it and yells it, “Look!” His heart starts to hammer, hammer, the pounding so incessant, drowning out the voice and anything else. He clenches his jaw. He shuts his eyes. He presses his hands to his ears.

“I will not look that way,” he states. His voice rings in the silence, bouncing off the house and the fence. “Dig, just keep digging,” he whispers.
He puts his hand on the brick wall and feels his way inside. He dares not tread the dirt into the house. His hand is the only part of him he allows inside and it reaches for a switch. The lonely fixture on the brick wall comes to life. The bulb and glass are hanging by a nail, just on the verge of falling off. He could have sworn he heard a howling but there is only the squeaking of the nail. No howl. No moon.

“Let me make you a drink! We can go outside and sit on the deck,” the girl squeals. She tries to reach for the tumblers but they’re out of reach in the top shelves. Instead, she prances over to the fridge and pulls out a six pack of beer. “How about beer instead,” she smiles, and he nods.

As they make their way outside, the girl screams and drops the beer. A bottle breaks and cold amber liquid pools around her feet. A shard of glass gets stuck in her toe and bright red blood starts to flow. Huge dark flies are buzzing and fluttering around on the deck. The man walks toward the cloud of darkness and the flies fly away in a swarm, their buzzing too close to her ears. She screams again.

It is the body of a dead mouse. White maggots are clear against dark tufts of fur and the black-red of dried blood. There is a tail, thin with hints of white bone. There are no eyes left, just two dark holes in a lifeless body. The smell is foul, like compost but more pungent, like the smell of a newborn, distinct from what lies around it.

“Don’t be alarmed, my love. Such is nature’s will, God’s will. What was once alive must die and return to our Father above. Don’t be afraid. Let us bury this little creature… Come now, don’t be afraid,” he whispers in her ear, stroking her head. He tucks a wary strand of luscious hair away.

When did it become too much? It felt like one day, in one moment, suddenly the drumming of my heart was the rhythm of her dancers’ feet. Sunlight streaming in, reflecting off glass and water, the shine, that wondrous shine of her hair. Touch, that silky soft touch and I was taken away. Such natural beauty, seductive by nature, I couldn’t resist. Not my fault. Hers. Damn her.

Holding my hand, she whispered it was natural, that all of this was natural, she kept giggling. Natural, I suppose, for a school girl, but I couldn’t take it anymore. When did it become too much to bear?

The wheelbarrow creaks, and the night is cool. The wheels need to be greased; they can barely balance the weight as they roll onto the grass. The metal handle snaps and like the sound of a bat making contact with a ball, the night receives the sound in perfect clarity, the repeated snapping of bone, breaking into perfect little pieces; A mesmerizing rhythm, fish thwacking on concrete, desperate for water, for life.

Her body is beautiful, bending this way and that. Those angles, those colours, so unnatural and yet real. He smiles. A modern art piece, a masterpiece, a human body in its natural form, contorted and twisted. There’s love, there’s hate, there’s confusion, and there’s even peace – so many beautiful natural emotions.

Hair streaming down and her eyes trapped in that glazed look forever. No more giggling, no more silliness. Just as God made you, just as you should be. “This is right. This is God’s will. This is the law of nature. You’re born and then, you die. You have to die. Everyone must die. Nothing is forever. It’s the nature of things.” His eyes sparkled and his hands become animated again. Those divine hands at work again.

You see, there’s a nature to this kind of thing. Don’t be afraid. Don’t be alarmed.