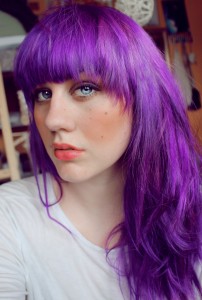 The body. I suppose it is a strange thing, particularly for being something we are so accustomed to and yet take so much for granted. We count on our bodies in all we do and never seek to answer to them, and never wonder if they will fail us. The body – and naturally those of others – give us more pleasure than any other facet of life, and simultaneously more pain. Even in this we find question – What pain can there be beyond the physical? And if we say that of emotion, is it not your mind that is in turmoil and is not your mind a part of your body? Answers to these questions could be supplied but might never find satisfaction, and I must admit it is beyond my knowledge to provide any measure of either. Our bodies bear us and from them others are borne. Our bodies wear us, and yet we wear them. We seek to conceal them beneath fabric rich in cloth and colour, and we seek to perfect them upon ideals we never knew or decided upon, but we are merely told to idolize and accept. The body is something taken for granted until it finally fails you, and it is then that we find it lacking, lessened or leased. A man gives no greater regard to the function of his body, prior to its failing, and then the body gives to its ability to function at all. The cripple gave no more thought to the ease with which he lived prior to injury, prior to the loss of that easiness, than did those who made such easiness possible at all. Perhaps that seems a cruel thing to say. Who can say so but he who knows such loss? But I suspect – like so many other unknowable things, unknowable but to those who know them. Who would pay the price of such knowledge? There is a ring of truth in such a statement. It seems to me that the ability to have ability, the capacity for any measure of capacity, the embodiment of health and security found within a body, is perhaps the most assumed gift given to us. Those who have never known it give it little thought, except in regret or wistfulness, and those who have always known it give it no thought at all. Those who have known it and found it lost are consumed in either acceptance or regret of it. Life is a strange thing. It deals many hands. The body is perhaps the strongest medium through which a lot might be dealt, and though whether we accept or reject this lot is up to us, it is not for us to decide the hand itself. It seems to me that this is unfair, but so are many other things. In essence our bodies may either support or fail us. It is down to our treatment of them (with the constant intercession of life – along with all its tricks and sentiments and falsehoods) to find satisfaction, penance or regret, and so we can only take them (ourselves) as we are, and as we were, and will be, for nothing more could ever be achieved.