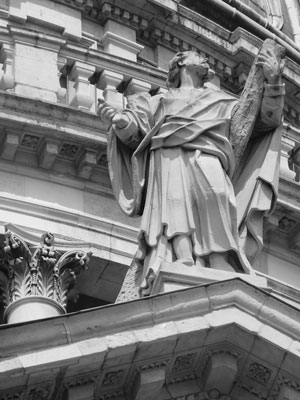 She was dancing after work, carefree, and with the great majority of her health intact. Every time she took a step, in the spirit of dance or otherwise, her boot would slip until she was again centered by the next step; which also slipped, on the snow and ice alike. She slid, awkwardly flailing and happily into each step she took, with the majority of her health intact.

He pulled up in the parking lot, high beams screaming in blades through the snowfall, and parked next to her beside the curb. Disregarding the pile of slush under the passenger door, she climbed in. Her dancing ceased until it was otherwise convenient.

She became tired and silent, a watcher of fellow midnight traffic. He opened his mouth for his mind to pour out the thoughts he has nobody else to tell. She affirmed affectionately, occasionally; he continued with wide eyes. In her head, she danced, with the majority of her health intact.

The night continued with the tired wind-down of a closing restaurant. The driving stopped, the car parked, the door unlocked; she had a smoke by the garage and waited for something surreal to happen. He stood with her, unconcerned with anvils from heaven, and talked about things he understood. She glided on his tone; the sound, more than just paragraphs floating through space and cigarette smoke, lulling her into a calm acceptance. She flicked her cigarette into the frozen garden. He led them inside.
She fell asleep on his chest and the words of the television, her head swimming at the rise and fall of his breath. He lay there, filling his head, unconcerned with anvils from heaven.

She was up before him for once, dressed and out the door. She lit her first smoke and let it mix with her minty mouth. She took in the wind on her face like breakfast, the nourishment in the cold sparking her awake, filling her with the urge to move. So she walked down the driveway, her back to the garage, and started to school with the majority of her health intact.

The bottom of her boots were flat, smooth rubber; firm as a tire and slippery as a good liar. As she walked, she thought of homes far away. She twirled ideas she couldn’t manifest and facts she couldn’t change. She thought of all the things she wanted to say, and of her own voice; a shaky falsetto that cracked under stress and blew away with the winter winds.

Every time she took a step, her boot would slip until she was again centered by the next step. She felt like she was dancing. She danced up the sidewalk towards the stoplights, and across the road, captured in her own glee. She danced right into the path of a moving bus. Its wheels had slipped on icy roads it wasn’t prepared for; they were firm as a tire and slippery as a life.

He woke up and took a shower, unaware of anvils from heaven.