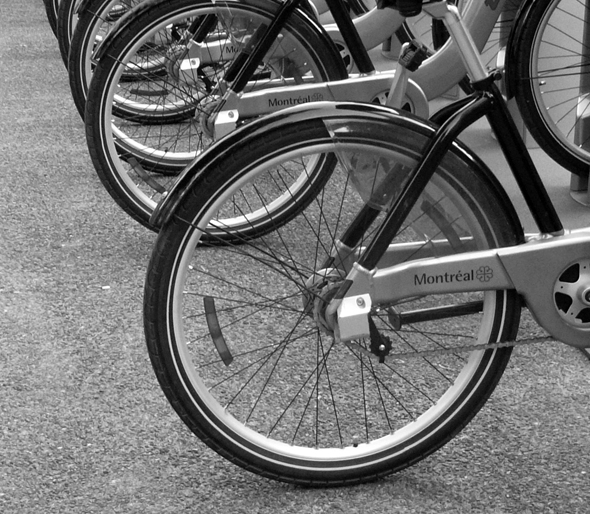 There’s a version of myself that I love to pay tribute to: the thirteen-year-old version. She is a spritely little figure who is still very much alive in the back of my mind. I feed her occasionally with viewings of her favourite movies (Center Stage and Dumb and Dumber), the consumption of Tim Hortons hot chocolate, and long hours of listening to Radiohead’s earlier work. I still own at least one article of clothing from those days – a pair of red short-shorts – that I don whenever I need a friendly reminder of the little, nagging voice in my head.

It’s important that I keep this past version of myself alive. I value the opinion of my thirteen-year-old self and hold her in the highest regard. She was opinionated to the point where she lost friends, and she was judgmental and strong-willed as the day was long (and boy, they were long back then). She alienated people on a daily basis, but kept a fiercely tight hold on those closest to her. She loved and she was loved back. She was a lot like her twenty-two-year-old self, except that her naivety and strong will left her with no questions, big or small. It’s a far cry from the woman who second-guesses herself on every decision, from which career to choose to which flavour of tea she should get.

Thirteen-year-old me loved to picture herself in the future, and I would lie if I said that she never once pictured a pretentious, bitter version of herself hunched over a laptop in a coffee shop, a pensive look on her face and a comically large cup of tea by her side. In fact, I would also be lying if I said that she never pictured an English student with a penchant for scarves, newspapers, the occasional whiskey drink, and soft indie rock playlists.

In fact, while I would love to be the bitter young adult and say that I am everything that my past self hoped I would never turn into, I have to admit that I am living my tween self’s underwhelming vision of the future.

When thirteen-year-old me looked into the future, she never made overarching promises about never drinking alcohol or “saving it” until marriage. She did, however, vow to never “go too crazy” or live a life of excess. And I guess not setting particularly high standards for the future allowed me to never disappoint myself too drastically. Thirteen-year-old me actually wished for quite the boring future, though she never quite realized it. I wouldn’t necessarily be proud to have my thirteen-year-old self meet her twenty-two-year-old counterpart, but the meeting would probably be a comforting one.

But I’m not sure if, at thirteen, I was able to consider that “the future” would not arrive all at once but would slowly seep in like a viscous liquid as the years brought about subtle-yet-torturous changes. For me it was years of dark secrets that piled themselves up until they weighed me down, taste tests of every drug available and “experiments” for which I was not ready – not by years. Somehow I reached a point where things stabilized and I managed to “settle down.”

Like my thirteen-year-old self, I still don’t quite understand that the future is fluid. When I instruct myself to picture the future, I picture a finished product, a static figure. I would love to believe that my life is easily divided into neatly packaged, clearly defined chapters. Which is why I keep coming back to the thirteen-year-old me and the twenty-two-year-old me, and pretending that the years in between are merely strings loosely tying the two stages together and have earned nothing more than an afterthought.

Wouldn’t it be nice if that were how it really is?