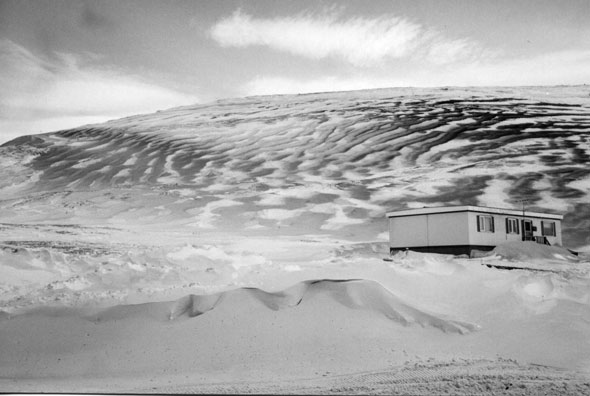 Tailings in the snow, Silvara

Arguably one of the most misused and misinterpreted sacred text in existence today is the book of Genesis in the Hebrew Scriptures. The book and particularly the two creation stories contained within it have been central to the creation vs. evolution debate. Since Darwin published ‘On the Origin of Species’, Genesis seems to have become viewed simply as a scientific account of how things came to be, given to humanity by God thousands of years ago for the purpose of condemning those evil Liberals. The small but vocal Christian right has had a near monopoly on the interpretation of its meaning. To make things worse the Christian right has excluded itself from any meaningful debate on environmentalism, using theological ideas such as the imminent second coming of Jesus to dismiss any notion of environmental responsibility.

But there actually is much more in Genesis than has been brought to the surface by many Christians. If one reads and studies Genesis as a meaning story in line with other creation myths, then a whole new perspective comes from it. Central to this idea is that the earth we live in is God’s creation and it is good. In Genesis, again and again God sees what he has created and declares it to be good. The trees and plants and animals were created by God and reverence and respect should be given to them. Originally it appears as though in the Garden of Eden, man lives in harmony with his surroundings. There is no mention of death or exploitation, man lives with dependence on God, and God provides.

Everything is wonderful, until the whole story with the serpent, and Adam and Eve make the choice to eat the fruit and gain knowledge independently of God. Included in this decision to eat are a series of significant misperceptions about God. Expulsion from the harmony with creation in Eden and a curse for both Adam and Eve is the result of their choice to be independent.

Death enters the picture in Genesis 3:21 where God kills animals (those whom he declared to be good) for their skin to make clothes, in order to accommodate Adam and Eve in their new sense of shame. Creation was paying the cost for humanity’s independent moral choices. It is creation which kept us and is keeping us from feeling the full effects of the curse.

Creation has paid for other things that have kept us from experiencing the full effects of the curse: medicine, fabric, housing, heat, canning and preservation of food, transportation and mechanization, and water systems. All these things are quite costly to creation, yet they ensure our survival and quality of life. These are merciful, protective, and costly ways God helps us live outside of Eden. Yet humanity and Christians in particular have forgotten this, in our selfishness we have come to see God as a withholder and respond by forcefully squeezing creation for every blessing.

We need to be careful to respond to a need, instead of our ability to get, and to make ourselves aware of the consequences of our consumption. This entails Sacramental Living. Everything we take and use from creation we receive as a gift: one that we are not entitled to, but that has been given generously to us. How would it look to live as though everything from creation were a gift? How would our diet change if we truly understood the sacrifice of an animal in order to provide us meat for food? How would our energy consumption habits change if we understood the cost to God’s creation that the burning of fossil fuels entailed? The Genesis creation story, understood in this way, offers a profound motivation for environmentalism.