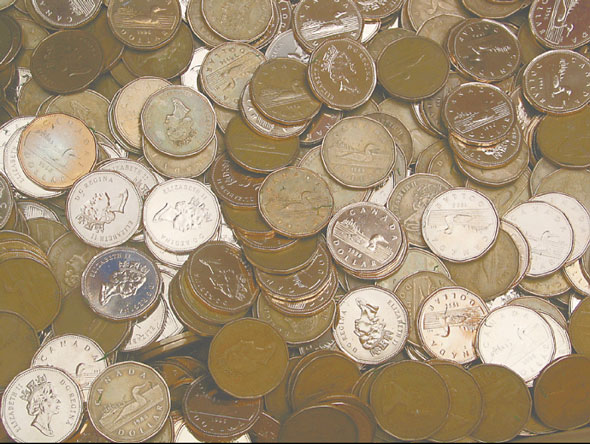 The Aspirations Film Festival allows Canadian students to showcase their films, perhaps on the road toward greater success in the film industry. The festival is in its second year, with a four-day event in Waterloo that ran from September 25 to 28, as well as a two-day event at a new venue in Toronto on the 3rd and 4th of October.

Over 250 films were submitted to festival organizers. Of these, 45 were chosen for the festival. The films are mainly short pieces lasting a few minutes with budgets ranging from the cost of the film itself (a couple hundred dollars) to over $25,000 in some cases.

The awards for Best Dramatic Film, Best Directing, and Best Film all went to The Unfortunate Truth About Life. Described as “a manic rant about all that is wrong— but inevitable and permanent— with life,” the 11-minute film had many intriguing facets.

The director, Jason Stone (no relation to Oliver), explained to me that the film cost about $7000 to make.

“Most of the expenses were for the cost of the film, transferring the format, and for food,” said Jason.

Interestingly enough, Stone is an economics major at McGill, not a student at a major film school such as Ryerson or Sheridan. His interest in filmmaking was sparked when he was about 11 years old. It continued as he worked on various film sets.

Aside from some critiquing of his film by a professor at McGill, there was little help at all from the university in producing his film.

Although it didn’t win any awards, The Root was the runner-up in three categories. The basic premise of the film is similar to Richard Pryor’s 1985 flick, Brewster’s Millions, “Donovan Kinder [has 20 million dollars], but there is one small catch…Donovan will soon learn that money truly is the root of all evil.”

The director, Jeff Staranchuk, told me that he funded the entire film out of his own pocket. Humber College played a huge role in the film, as they supplied some of the film gear, plus the entire crew was composed of students. Staranchuck also freely asked his profs for advice during the making of the film.

“Without my colleagues I could not have finished this project. Their skills and work ethic were invaluable and Humber helped to teach or fine-tune these qualities.”

While Staranchuck initially believed that just about anyone could pick up a camera and make a film, he offered some insight into his gains from Humber. “Why do I need to go to school when I have all my creative juices in me? Well the truth is, you can always better yourself. I simply need to just review all of my projects that I completed while at Humber to see how well I progressed. The Root is, I think, a fine example of how well I improved in a quick 3 years. The Film and Television Program at Humber helped me to polish my knowledge and skills and produce something of quality. I am pleased with The Root and its final product. It’s nice that festivals in Ontario and Hollywood have recognized that as well.”

The Award for Best Cinematography went to The Hand That Paints: Iran. The landscapes of the Middle-east make for terrific shots, something well known to anyone who has seen Lawrence of Arabia. This is a documentary about Iran as told by a painter, where “each color introduces a new story that invites the audience to the heart of Iran, unveiling an aspect of the way the nomads live their lives.”

Director Gelareh Kiazand explained to me that “Sheridan College defiantly opened doors for me to practice my technical skills.” Also, Gelareh stated that “working as a production assistant on as many shoots as I could was a huge asset with learning the ‘rules of set’ and meeting some great people.”

Axiom won the Awards for Best Acting Performance and Best Experimental Film. This Sheridan film’s premise is “A man, believing he is the last man on earth, must come to grips with the guilt that is eating away at him.” It is a strange and disorienting Lose Weight Exercise that challenges the line between life and death, dreams and reality.

Director Kevin White explained that “The best part of Sheridan was the pool of knowledge from which to draw.” He also produced a film in last year’s festival, called A Series of Dreams.

The gala opening this year was held at the Symposium café in Waterloo, where a K-W native, Timothy Eaton, was the guest speaker. He has been described as “one the most successful names in the visual effects field,” a man whose film credits include Gangs of New York, Forrest Gump and Who Framed Roger Rabbit? He gave a short speech on what he does, as well as changes that have affected his industry over the years. The speech was likely a shortened version, as a lack of chairs at the venue reflected a higher attendance than expected.

AFF 2003 was a terrific event, one with great potential and one that provides many opportunities. The filmmakers who won awards can use the festival as a stepping stone to greater things in life, thanks in small or large part to their institutes of higher learning. At the very least, I’m sure that this event kept more than a couple kids off the street.