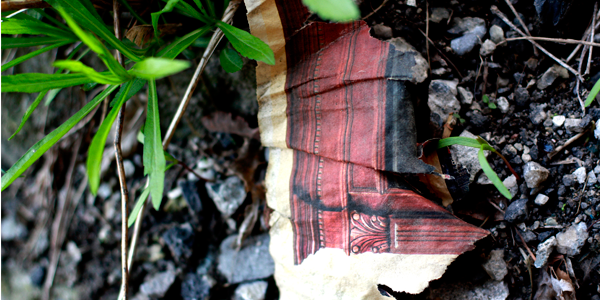 The work of anthropologist Maria Gimbutas, whose discoveries of certain characteristics from the Neolithic Period led to the construction of the ‘myth of feminist pre-history,’ has been continuously criticized in the anthropological community. She argues that a matriarchal society once existed in Neolithic Europe, where work division and rights were egalitarian and all deities worshipped were female or mother goddesses. This society existed in peace until warriors from a patriarchal society descended on them from the north, quickly conquering them and wiping out their lifestyle and belief system. Criticism stems from the inaccuracy of her research and the considerable leaps she made in the construction of the story. The feminist and archaeological communities are divided on the subject, but I cannot help but see its overwhelming usefulness. Though the theory is unhelpful in the construction of an accurate history, it is invaluable to ideas of a different future.

Feminist theologians are in the business of re-imagining the past. They strive not to find threads of equality in an already hazy picture, but use their love for the subject matter to aid in their construction of a helpful narrative, one that will combine their religious beliefs and feminist ideologies into an envisioned balance. Groups that are unsatisfied with the status quo tell stories not for their truthfulness, but for their impact, anchoring individuals in a supportive context as they attempt to create a better world.

This imagining, though unconventional and potentially ineffectual, is valid in more forward thinking areas. These stories could lead to the breaking down of boundaries, forcing the academy to question: what is anthropology? Why is theology so separate from these created narratives?

The groundbreaking nature of the Gimbutas work and the continued work of feminist theologians could indicate that this new approach to story telling could create a different future. This trend breaks from the rationalist focus that our society is based on, making it a somewhat difficult idea for many people to accept.

This initial hesitancy is, however, inconsistent with nostalgia. Nostalgia exists as a personal mechanism to romanticize the past, creating a plot of highs and lows centered on our emotional experience over accuracy. It negotiates a sea of emotions to present an embracing whole. By understanding our emotional response to the past in the form of nostalgia, it is possible to comprehend the potential impact that a past, romanticized or true, can have on how we guide our futures. The value inherent in this realization could be tremendous, especially as the post-modern academy is forced to start the process of problematizing all of its boundaries.