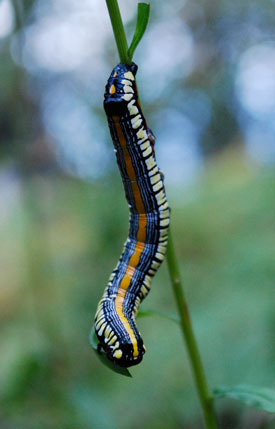 The volume of worms needed to please such an environment would cause the soil to always be extremely fertile. The sky would be clear of all smog, planes, and runaway balloons.

Open fields, where crops once existed in all their uselessness, would be replaced with forests, filled with all types of trees that robins like best. The only buildings that would be allowed to stand would be old barns and the tallest awnings, once meant for tended flowers and vines to creep up.

The ground would be littered with pieces of soft debris of miscellaneous origins, used exclusively for nest making. Twigs would be in high demand, as would scraps of cotton and soft wool, and be therefore hard to find. Lower class birds would have to settle for second rate objects, like coins and shiny rocks.
Home schooling would be the norm, with a high drop-out rate.

The water would be perpetually topped with a thin layer of bird feces, though few would mind; those that do complain won’t be heard; they’re not the majority. Intellect would be a burden in a world where the greatest talent is the essential ability to fly.

A world that was once the embodiment of an ecosystem, and filled with a myriad of diverse species would simply become a circulatory system of red feathers, ebbing and flowing for the needs of the few instead of the many. Animals that might have co-existed with the robins would be displaced.

Some would learn to adapt quickly, like the squirrels with their fondness of trees, and most insects, among some others. Most other species would be less fortunate. While a great many of the unwanted would have the good judgment to die off swiftly and quietly, others would linger, tortured by primitive memories of a world that could have allowed them.

I’d much rather sleep in a bed then a nest made of sticks and bits of cotton.