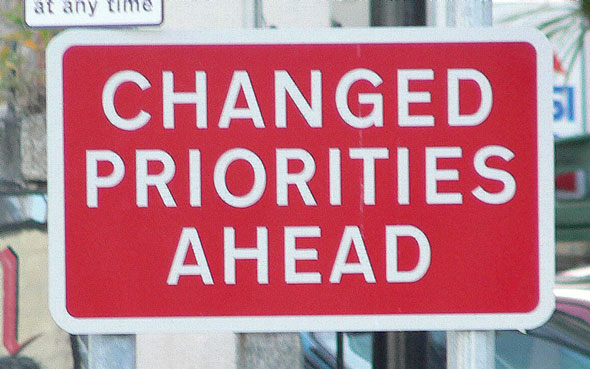 We live in a world that is advancing at rates that are hard to comprehend with the human brain, yet the notion of progress is one we have all come to accept as, well, progressive (a.k.a. a good thing). If we aren’t moving forwards then where else is there to go but backwards? It is common sense to try to improve the situations in which we find ourselves in, but where does this perpetual movement through space and time lead us, and is there enough space for all 6 billion of us to progress?

In a street car named progress, we have traveled from apes to humans, from flints to nuclear weapons, from small pox to no small pox. Our natural inclination towards progress started with evolution from one species to another, and has evolved to every aspect of our modern life.

When we lived in caves we progressed from keeping fire to creating fire, and now as modern humans a measure of progress is having two cars instead of one. Although progress has yielded many life changing and worthwhile advancements, if humankind keeps progressing at the rate that it is now, then our earth, who has graciously provided the space necessary to allow us to progress, will no longer be able to support us.

The road ahead of us seems to stretch forever and progress does not want to slow down or yield to any oncoming disasters. The promising side of progress, as Ronald Wright explains in his “Short History of Progress” is that by analyzing the paths that we have taken throughout history we can see the mistakes that we have made, and the devastating effects that will come if we do not curb our natural inclination of dominance over nature. Take Easter Island for instance. The inhabitants of this Island used all of its natural resources to support their compulsive statue making that defined their entire culture, leaving nothing but a barren land ridden with statues. With no means left for fishing the inhabitants slowly died away, leaving nothing but the statues that they worshiped so dearly. Would there not have been someone among the island folk who would have declared the insanity of distorting all the trees that they too relied on for survival? Wright suggests that we are too short-sighted to see the long term effects of what drives our obsessive need for gratification.

Time and time again this statement has been justified. Humans have killed off hundreds of species of animals, and are currently making rapid “progress” in deforestation and deep ocean destruction because both of these are highly profitable. To an extent logging and fishing are necessary to sustain growing populations, but the progression of our weakening ecosystems is so rapid that in a short period of time they will no longer be able to sustain our habits and desire for progress. Progress has led us down a road and at the end of this road there is a cliff. Do we have the foresight, understanding and willingness to slam on the brakes before it’s too late or do we keep on driving hoping that history is just a myth and therefore cannot repeat itself?