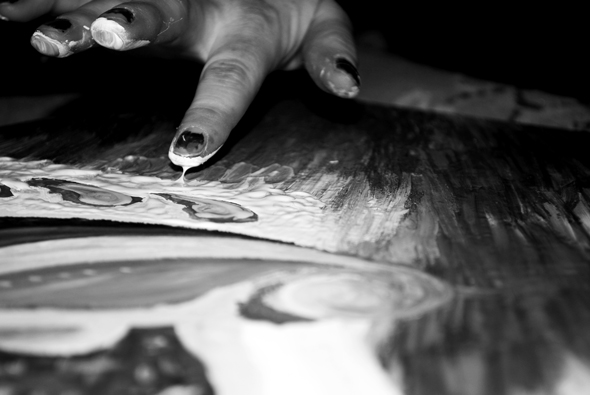 I remember sitting in a bar overhearing three guys lackadaisically categorize the gays they knew. Some they worked with, who liked hockey but happened to prefer guys, were the cool ones. Those who “start dressing like Elton John, or something” were they type they weren’t down with.

I heard another threesome going at the topic a week later, when my boyfriend and I overheard a group talking about gay guys who had been obsessed with them. The first had a guy who would call him all the time, wanting to chill. He “had” to tell him that nothing was going to happen. The second described the annoyance of having a guy hit on him when they were drinking. I can’t say what the details of the last guy’s homo were, as my boyfriend shot me a puzzled ‘why-are-you-starring-at-guys-when-you’re-sitting-with-me’ look, but I’m pretty sure the third guy just made up a story to fit the general message of what they were saying.

A year after I left high school, a guy who dated a girl at my school ditched homecoming to hang out with me. We got food, hung out at my place, and talked music. I really enjoyed it, the way I enjoy hanging with a really cool friend. I found it a little odd when one time we were outside smoking and he asked me to come in a port-a-potty, so he could teach me to “blow smoke rings”. Nothing happened, but when we heard another guy walking through the park, he grabbed my head, told me to get down, and started giggling. “Quiet, they’re going to think we’re in here bare-backing”.

After that night, I never hung out with smoke rings again. A rumor had started that I hit on him, and another started about me claiming to kiss a boy from my graduating class. Someone wrote me a furious inbox about “taking grenades” from his buddies. After that mess, whenever I encounter the strangers who talk in ignorance to my overhearing gay ears, I’m always caught off guard and don’t know how to react. I find it best to blankly stare.