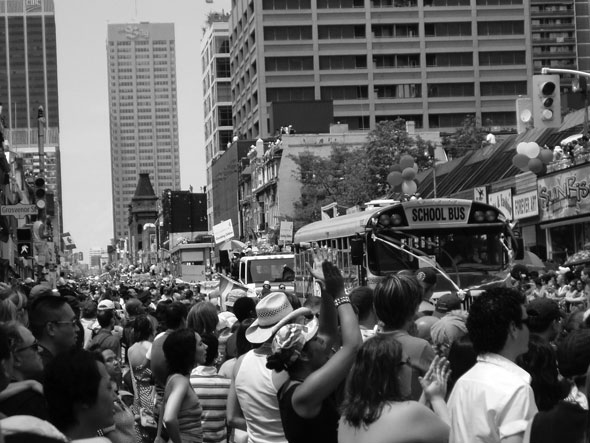 Here comes the preface, the disclaimer.

I do not and will not speak for a group of people. My trans status does not elect me as a representative of all things gender variant. Contrary to popular belief I know just as little if not less than you know about the “trans experience”.

I don’t have “straight sex.”

No matter if I’m with a woman, man or anyone in between or outside of that boring old binary.

How does that strike you? I am male identified, still female bodied and gay – in every which way. But, you may ask (and justly) how can you be gay with a gal and a guy? The problem with that question is not that you’re asking it, but the constraints you are thinking within. Gay is more than sex, more than culture (fashion, music, television, gay best friends, etc) more than politics (although more often than not do tend to meddle in politicking). If you start from an understanding that the world is inherently divisive and black and white- butch/femme, gay/straight, cisgendered/transgendered- you are bound to get stuck because sooner or later (more likely sooner) you’ll bump up against someone like myself. Someone who slips between boundaries and binaries and fucking loves it.

This is written for you. To challenge you and (hopefully) change you. When you find yourself assuming that a person sits on one side of the fence or another, try I just for me (and yourself) to burn down the fence, to give that fence a hearty and well deserved fuck you. Then, come and see me, so we might interact as people – not as representative of a class or group, but as people connected by our disconnection from ones and zeros.

You’re (that’s) where change starts, the beginning of the end.