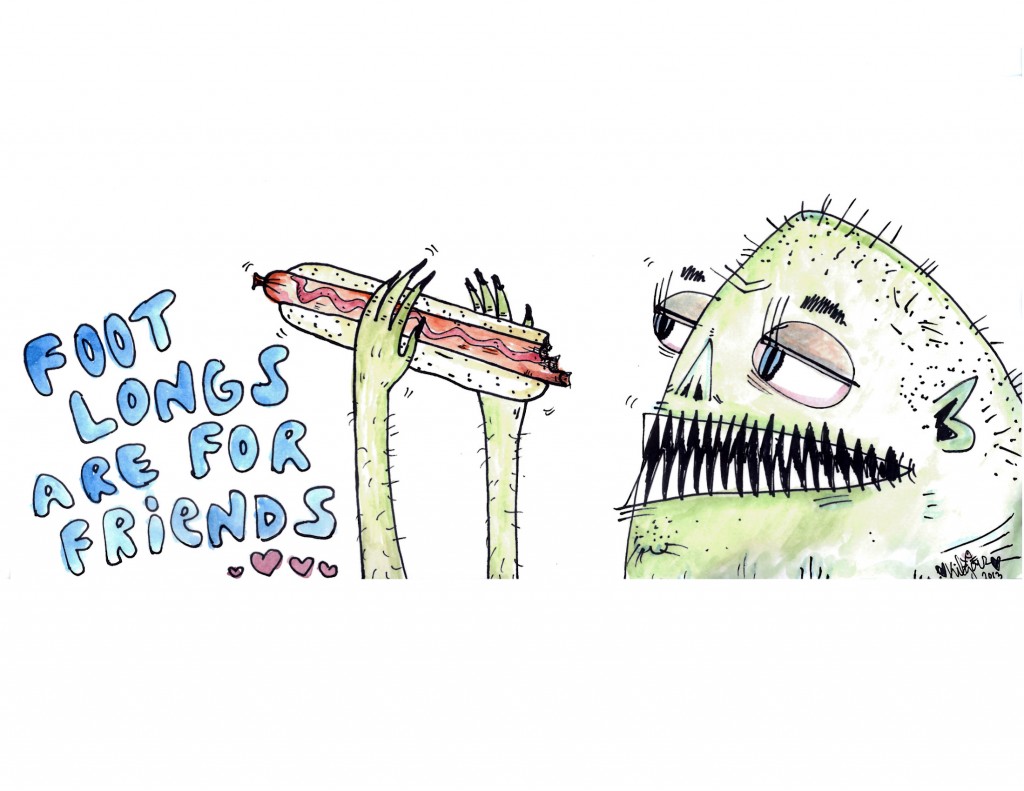 The stench is awful, like crusted bleach and… something else, something I don’t even want to start thinking about. It was the ugly side of humanity, alright, because animal shit didn’t come anywhere near it.

Ever think about that? The ugliest animal is nothing compared to an ugly person. Think about all the murderers, the rapists, all the psychos out there… There’s just something unnatural about them.

I start poking at the stall doors. There are six of them, three rusty ones on each filthy wall. I make a note of a line of small windows, near the ceiling, on the left hand side. Exit Plan A.

Five doors swing open without a problem, but the last one clinks against its metal hold. I freeze.

I can’t breathe. I just want some fresh fucking air, for Christ’s sake.

“Hello? Is anyone in there?”

“Uh… Look, I’m the uh… Manager! And uh, I need to see to that window behind you pal, so if you could, uh, vacate the premises, as it were, I’d really appreciate it.”

For the first time, I notice that my voice is echoing off the tiled walls. How loud was I?

I lean down and crawl under the stall door. Feet encased in dirty blue sneakers meet me first. My hands come up dusty; there is dried mud on the floor.

Wait a minute, why isn’t he saying anything?

I look up and the awful stench has me ducking my head.

And then it hits me: things are different this time.

It was then that Dee realized: this guy had already died. As she would have put it, he had died taking a shit. His bloated gut was filled with a double patty deluxe from at least a day ago.

Jeez, a little class might have gone a long way with this guy. I mean, that KFC “Winner!” T-shirt says it all. Eat me and have a 1 in 100 chance of winning a free heart attack. Plus ten other lucky winners will find themselves with a free stroke AND high cholesterol!

I catch myself grinning.

What’s happening to me?!