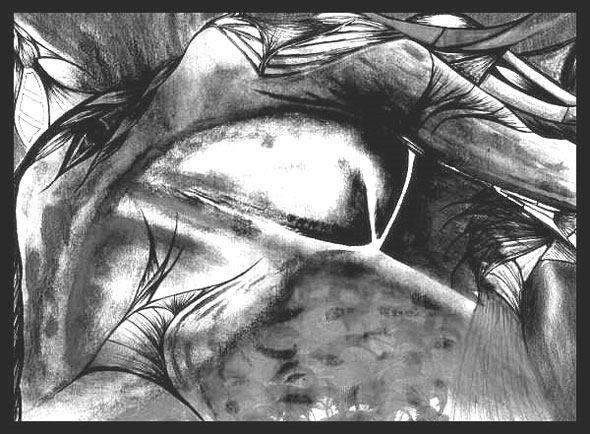 Recent water tests in California showed that 60 percent of the rivers and streams in that state contain Prozac, Ritalin and antibiotics. How did they get there? Individuals either threw excess prescription pills in the water or flushed them down the toilet. The chemicals could then make their way into groundwater where they are absorbed by the fatty tissues of fish and end up on dinner plates. A study done by the Mount Sinai School of Medicine in New York found at least ninety-one chemicals in the blood and urine of the nine volunteers studied. Most of these chemicals are known carcinogens, which could also cause birth defects and brain disorders. As a British physician states in The Hundred-Year Lie: “We are all so contaminated that if we were cannibals our meat would be banned from human consumption.”

Our diets, especially our student diets, are notoriously cheap and convenient. If you try to outmaneuver this danger by buying food with ‘natural flavours’, think again; natural flavours and artificial flavours often contain the same synthetic chemicals. If you are using artificial sweetener in your coffee because sugar is making you fat: beware. Recent studies show that these sweeteners could cause brain tumors and neurological diseases.

The fundamental difficulty is testing for cross-reactivity: how chemicals react with each other. Numerous tests are done to make sure that chemicals, on their own, are safe for humans but very few are performed to discover how chemicals react with other chemicals already floating in our bloodstream. This is nearly impossible to do because each day we are inundated with thousands of chemicals all around us – our air, food, clothing, cosmetics create a chemical soup with our bodies as their reaction site.

Chemicals are indeed safety-tested individually but we do not consume these chemicals one by one – we consume dozens at a time. Regulatory measures now in place have no way of testing these creative concoctions; there are literally thousands of combinations. Thus, the onus is on the individual to be more cautious and to undergo an individual detoxification. We simply do not yet know how, to take a simple example, the aspartame in the bowl of cereal we have every morning mixes with the numerous pesticides used on the tomatoes and lettuce we put on our lunch sandwiches. And we do not know how both of these mix with the flame-retardant chemicals sprayed on our mattress during manufacture. We spend eight hours a night on a surface that slowly emits, in minuscule amounts, formaldehyde gas and another carcinogens which our body suck up like a sponge. Most of our clothes contain synthetic fibers, which we wash with synthetic Tide and Bounce or give it to the dry cleaner who uses trichloroethylene and n-hexane, which are known to cause cell damage and memory loss.

Most of what we own goes through a process known as ‘off gassing’, where molecules are slowly released into the air over many years: the newer the furniture or clothes, the more off-gassing that occurs. Your new bright yellow chair from IKEA, your new carpet and wall paint slowly give off molecules that could cause mood swings, headaches and problems with concentration. The ‘new car smell’ that we love so much comes from the gases released from the upholstery, paint, plastic and carpeting. These mixtures are known as volatile organic compounds. You are inhaling toxins like styrene, benzene, n-hexane and nineteen or so other chemicals with every appreciatory whiff inside of a new car. The moral of the story, then, is: be careful. We are living in an environment containing more and more toxins that we can’t pronounce and the synergistic effects of which we don’t yet understand.