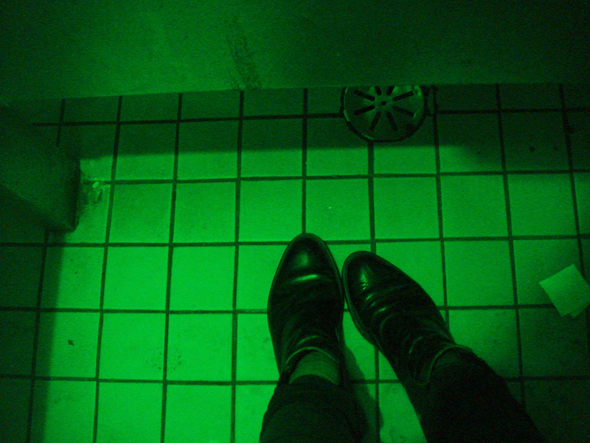 I recently had a discussion with some fellow students about Diversity at Laurier. I write that buzzword with a capital “D” because I truly believe that at Laurier, we strive to respect and honour the diversity of our student body – the many paths each of us took to get here, our backgrounds, our unique experiences. We’re even fortunate enough to have our very own Office for Student Diversity, an office that is committed to fostering diversity by offering a welcoming, safe, and supportive environment for all Laurier students. The university certainly has its faults in terms of achieving true equality among students, faculty, and staff alike, but I feel better knowing there are dedicated people working towards that ideal.

My fellow students told me that they don’t see the point of going to Rainbow Centre discussions. They said they felt intimidated by the Women’s Centre. Having been involved with the RC, I know how hard they work to make it a welcoming environment for everyone, and I know the Women’s Centre does the same. So what’s the issue? I don’t believe students lack a lust to learn, so why isn’t everyone taking the initiative to meet new people and learn something new about a topic you’ve misunderstood, or maybe never even heard of?

There were two other important things I learned in this discussion that may shed some light on these questions. Firstly, as a group we agreed that so often we censor ourselves when discussing some aspects of diversity because we’re afraid to offend people. One member of this group asked me if it was okay to use the word “queer” when referring to the LGBTQ community. He was really afraid to use this word because he wasn’t sure if he would offend someone, but more than that, he was hesitant to even ask.

Secondly, there was a moment during this discussion when someone said something that I interpreted as homophobic and suddenly I was in attack-mode, ready to strike. However, once I took a moment to really think about what she said, I realized that she was just looking to learn, not trying to offend. Without thinking, I was on the defense.

This is a frightening combination: people outside of a particular group don’t ask questions for fear of offending someone, but when they work up the courage to ask, people inside that particular group suddenly get defensive and assume they’re being attacked. No wonder we aren’t discussing diversity, asking questions, and educating each other – we’re all on the defense.

So here’s my challenge, to anyone who reads this article and myself: challenge yourself to ask questions when you want to know the answers, even if you’re reluctant because of fear. The only way you can find out is by asking. For the person being asked the question? Take a deep breath after being asked a question that might initially offend you, take a moment to think about what the person is asking, and instead of assuming they’re attacking you, assume they’re just looking to learn.

Isn’t that what we’re all trying to do?