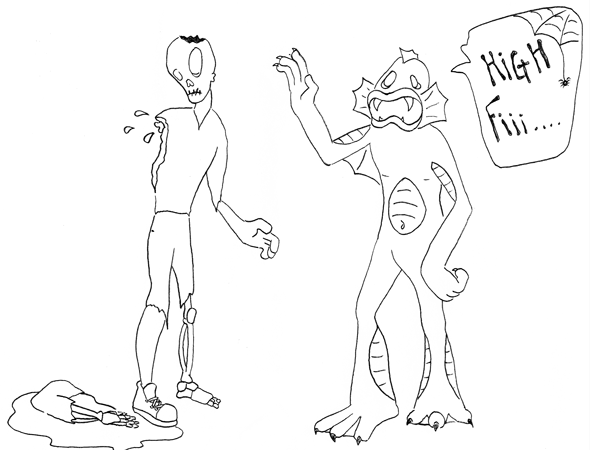 Some will say there exists some relationship between being alive or a dead being, between death or the living being, but the two are distinct. Instead I will talk about how the two are entwined: death and living.

I think it fair to compare “death” with achievement verbs (i.e. “arriving,” “finding,” “understanding,” to name a few). Why is this? One must travel before one can arrive, and one must look before one can find, and, as I assume, one must be born before one can die. This is a similar relationship we find in the cases of what “looking” is to “finding” and what “traveling” is to “arriving”.

Where these achievement verbs differ (as an achievement verb) from death is the guarantee of death. One may look for a something and perhaps never find it—looking until they die!

Having said something about how close the two abstractions are, there is, I think, different ways one is permitted to relate to beings that are living or dead.

There are many ways we may problematize this relation of death, birth, the living body and the body that is dead. And as we can see from these lists of relations between bodies, perhaps the differences between the living and the dead are due to the similarities we see. I do know this: dead bodies are more typically docile and predictable, whereas living bodies are a little less docile and predictable.