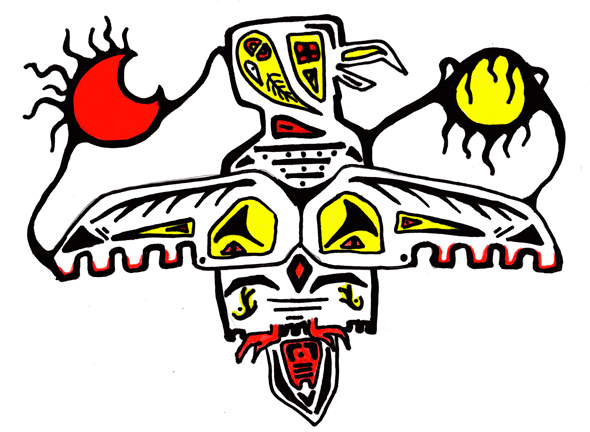 Hey there. My name’s Jordan. I just started highschool this year in my hometown, Fort McMurray. But I’m not there right now. My family and I—that’s me, my parents and my little brother Mikey—are off to the Vancouver Olympics! It’s really exciting. In school we’ve been talking about supporting our athletes and cheering for Canada—I get to do it all live! And my family’s even more connected to all of it than lots of people, because my dad works for Petro Canada, and my mom works for RBC. They’re both supporting the Olympics. Cool, eh? The drive only takes two days!

“So Jordan, what are you looking forward to the most?” my dad asked.

“Um, the hockey game—and the figure skating. Oh and seeing all the trees and the mountains!” It was all going to be exciting.

“Well, we’ll be at both of those events in just a few days! But you’ll be right in the heart of the mountains before you know it—we’re coming up on the Sea-to-Sky Highway now!”

Sea-to-sky. I love that name. And soon enough, we were driving along that very highway. The mountains were all around us. And trees too… just that more were cut down than I’d pictured. Some big areas were all gone… Hmm. Well, it was still pretty, for the most part. I could picture all kinds of cool animals living in the forest.

“What’s that?” asked Mikey, sounding kind of grossed out.

“Oh. Son. I, um, I think that was a grizzly bear. Must’ve wandered out into the highway. But you know what they say, natural selection, right?” Dad answered.
I didn’t think that a bear would want to be so close to the highway. It was really sad. But we kept driving, and my parents changed the conversation.

“Hey kids, do you remember what you’ve been learning in school about the Olympics? It’s important to know why they’re so great! Can you tell me what they do?” mom asked.

“Ooh, I know!” Mikey said. “Lots of athletes come from all over the world and all compete together. It makes more people want to be athletes, too.”

“We talked about about how they’re a part of world peace, too. They make all the countries sort of get along well, at least for a while,” I offered. “And we learned about how Canada’s such a great leader in this, because we do lots of, you know, peace stuff.”

“That’s right Jordan, Canada’s like peacekeeping central!” my dad responded. “And they’re even cancelling Parliament so we can all just pay attention to the Games!”

We were driving into the centre of Vancouver now. We went in to the exhibit, to see all the torches from Olympics before. It was neat—there were lots of different designs. But the oldest one seemed a bit strange to me…it said it was from the 1936 Olympics, when Hitler introduced the torch relay.

“Wasn’t Hitler a bad person?” I asked. “Isn’t this, like, Nazi propaganda?”

“Yes, Jordan, he was a very bad person,” my dad answered. “But that stuff’s all in history—Hitler’s not running the Games now, is he?”

“No,” I conceded. I guess he’s right—we have Harper, who’s a good leader, not Hitler.

After seeing all the torches, we decided to go check into our hotel. When we got there, I was impressed. It looked pretty fancy. I mean, we were paying a lot for it—I think it was $5000 for the week—but “for the chance to see the Games that’s what you pay”, my dad said! And all the streets were so clean—no garbage, and there weren’t even any homeless people.

On a telephone pole in front of the building as we were going in I saw a poster that read, “Homes not Games”. This wasn’t something we’d heard in school, so I asked my mom what it meant.

“Oh, that nonsense? It’s just a bunch of complainers. They don’t understand how good the Olympics are, and they want to spoil it for everyone else.”

Hmm. That’s not an answer, I thought. But now we’re just going to go get settled into our room.

After we got our stuff put away, my dad said he was going to check out the neighbourhood. My mom, Mikey and I decided to watch some of the pre-Games coverage on CTV. They were talking about all the different sports, and it made us all really excited to go to see them the next day!

Dad wasn’t back yet and we were hungry, so we went to McDonalds for a Quatchi Burger. After dinner we ran into dad! It was kind of weird, because he was coming out of a house where a bunch of women were dancing in a window. We don’t know anyone in Vancouver so I didn’t know what he was doing inside. But his clothes were all ruffled and my mom seemed pretty mad at him. They didn’t want to talk about it, though. We just went back to the hotel and went to bed so we’d be ready to see the Games. 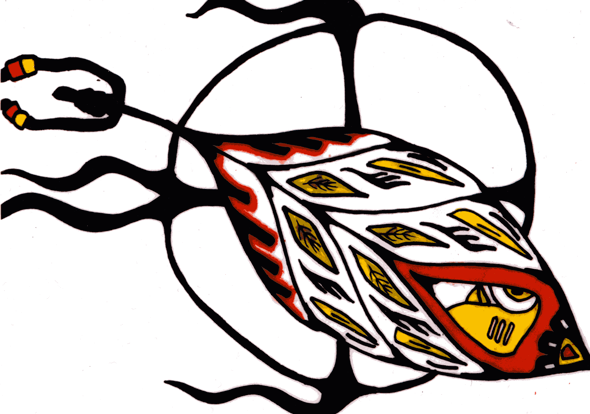 It’s the first day of the Games now! We’re going to see the hockey game first, but we’re going to get there early and check out all the merchandise.

Our way there was a bit slow. There were lots of police and military vehicles—some of them from the U.S. This was a bit creepy, but my dad reminded me that they’re here to keep us safe. We did make it over to where they had all the crafts on sale though.

“Oh Jordan, come look at this, you’ll really like it!” my mom said.

She was pointing to a bunch of sweaters with a Native design on them, in the Aboriginal Crafts section. I looked at the tag to see if it came from right here in B.C.—that would be cool. It said “Made in China”. I guess they have to do that to make enough, right? I don’t know…in school we learned about how all the local businesses were going to benefit from all the tourists spending money, but this isn’t local, so I don’t really understand how that’s happening. My mom bought us all sweaters, though.

“Hey team! Let’s get going to the hockey game!” my dad called. “Ready to cheer on Team Canada?”

We started walking to the arena. I could hear cheering as soon as we got outside. But when we got to the main street I could see a crowd of people walking towards us. They were the ones chanting. Police were all coming towards them, too, with batons and plastic shields and scary masks. As they got closer I could hear what the protesters were saying—“No Olympics on Stolen Native Land”. I didn’t understand why they were saying that really—didn’t we trade them stuff for the land? Weren’t there treaties and stuff? I asked my mom.

“It’s Canada’s land, I mean, we’re in Canada right now, aren’t we?” my mom answered. “And really, it all happened before any of them were born—can’t they just get over it?”

One of the protestors came over and handed us a flyer. It said, “RBC, Environmental Criminal: Greenwashing the Olympics and the Tar Sands”. I thought RBC was a good company, too, I mean, my mom works for them!

Things got pretty scary then. The cops started pushing back the protesters. I saw a girl in the crowd that looked like one of my friends from home, and one of the cops shoved her to the ground and started punching her. I didn’t think she’d done anything wrong—weren’t they just saying what they thought? Isn’t that, like, a charter right or something? Free speech?

My dad pushed us away though, and we finally made it to the hockey game. The teams were ready to play, and everyone got ready to sing the anthem. The big screen was on, too, so we could see the singer up close. It was sort of weird to be singing something cheerful after it was so scary outside. The music started playing. And then all of a sudden a bunch of people stood up on their seats and held up a huge banner that also said “No Olympics on Stolen Native Land”. Then the big screen went different and a guy came on and said how many Indigenous Youth and their settler allies were resisting the Olympics, and then some other people stood up and held their own banners—they said things like “Smash the Police State”, “Homes not Games”, and “Resist the 2010 Corporate Circus”. The rest of the crowd all started singing the anthem anyway, and the louder they sang, the more the protesters yelled.

I thought Canada was a country that took care of its people, all of them, no matter how much money you had.

I thought people could speak their opinions here, and that that was protected.

I thought women had the same standing as men, and weren’t bought and sold.

I thought Canada was a peacekeeping nation, and a human rights champion.

I thought Canada was an environmental leader.

I thought Canada respected Indigenous people, and that we even helped them.

I thought Canada was a great country, something that we should celebrate.

“Why aren’t you singing the anthem, Jordan?” my mom asked.

But I knew exactly why.