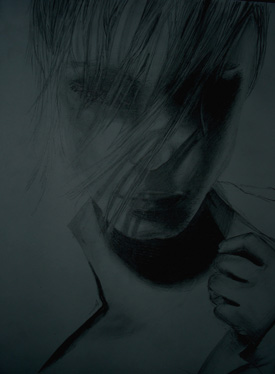 Back in the fifties, psychologists developed a process called Past Life Regression therapy. Oftentimes, patients will complain of a skin rash, a burning sensation or an emotional or sexual block. In other words, something that cannot be otherwise rectified by traditional therapies, doctors or medications. It is thought that these physical attacks to the body are manifestations of our past lives. They – the old us – are trying to tell us something. They are saying, pay attention. this is important.

Skeptical? It works. When I say that it works, I mean that a person’s level of suggestibility, when combined with a psychologists’ height of imagination and originality, can equal one hell of a fictional ride. Or, the memories you remember are actually yours. In my case, they were real.

The psychologist will then hypnotize the patient and guide them through a series of steps and then, ultimately, toward a revelation. This revelation is your past life, or lives. The patient will be disappointed to learn that they were not Cleopatra, Abraham Lincoln, Kathy Acker or Jesse James. They will find, however, that they become filled to the brim with guilt, sadness, anger or fear that they can’t place. These feelings are said to have derived from the aforementioned past life (or lives) and to have carried on to the patients’ current life.

The intended result is for the patient to make peace with their past life by acknowledging and accepting the guilt/sadness/anger/fear and therefore heal the physical problems of their current life. While most patients claim relief, many say that they still feel some side effects from the treatment. Namely, a pushing in the parts of their bodies that were once inhabited by their former selves. A pushing. A discomfort that can only be described as a sort of sorrow. These old memories are no longer content with being acknowledged. They don’t want forgiveness. They want to be remembered. They want to be seen. They want out.

In my case, the pushing of my past life made a mark. It made scars. One scar for every important event in any life I may (or may not have) had. It happened in the span of three hours, after my first regression therapy appointment.

It comes in shots and blazes. Once I remember, the scar appears.

Take the first life I remembered. In this life, my father puts me up in a game of aces with an old gypsy man with no eyes. My father loseWeight Exercises. So you see, it isn’t true that gypsies steal children. They win them. The old man and I spent the rest of our lives in silence, staring lazily into the fire, knowing that we were loved, even if it wasn’t in the way that we wanted.

This was my first scar, at the base of my neck where a small torrent of loneliness cut itself into my throat.

The first time I saw it, I felt it first. A pressing at my throat, a sad aching pushing. I looked in the rear view mirror of my car and there it was. I squinted when I saw it. Oftentimes, we don’t see a scar coming. It’s a sucker punch that leaves a nasty mark. A maggot-shaped clump of skin, looking very Dawn of the Dead, pushing its hand through the soil. A red and puffing up at the base of my neck. That divot in the center, the Achilles’ heel of the neck – it’s called the suprasternal notch – it bulged out, hypertrophic and pissed off. I thought, there is no way I am going to survive this.

I clipped my eyes back to the road that was no longer a road, but a weaving, shaking labyrinth. I was going blind, I was sure of it. It started with a thump at the back of my head. It travelled slowly around and inside my ears to the grips at the backs of my eyes. It whispered, you aren’t getting out of this alive. I fucking knew it.

I bet you didn’t know that blindness isn’t dark; it is a whiteness that spreads. And although you can see through it, nothing you see is real. It is the ultimate practical joke. What you see is going to get you killed. What you see is a joke. I felt as though I was swaying side to side, but when I bent my head and raised my hand to steady myself, there was a stillness that should have calmed me but only made my eyes sting and I blinked, restraining what I knew would inevitably come. I shook my head and talked myself home.

When I saw it, I was sure I was going blind. I had nowhere else to go. How do you escape the only thing that knows you? The scar takes your clothes off. The scar is a mirror, the only mirror through which you will see the only you that there is: the many you’s that there are. They say our past will always come back to haunt us. It will manifest in ways that make it impossible to ignore. Pay attention, the body doesn’t lie.

I touched it, purple and warm. Soft secret past life, rummaging out of my throat. I stare at myself and say, “I’m not your baby, baby. Stop rhyming off your injuries to me. You wouldn’t know a scar if it rose up over your eyeballs.” I’m a misanthrope. I don’t plan on trusting anybody, especially them. Especially myself.

I spoke too soon. As I stood there, staring at myself: a searing at the base of my neck, whiteness, and a memory. I remembered something else. I remember touching a cheek and feeling that word. That word that tears a rift in the earth and it can’t fill me up anymore. I thought I had been drowning that whole time in that damned word that couldn’t make itself fit for me. That silly, ridiculous, empty word that doesn’t have enough letters, not enough letters or enough shove in it to mean what this was. And what it was, was a tidal wave. And I thought my god, how long am I going to be able to keep my head above the water? So I’m in love. I see. How unfortunate, because apparently, in this new old life, I saw the love of my life murdered. You can guess what happened. A pushing through, a puffing out of my left eye. A new scar. This one hurts. Pay attention.

That memory swung past me in the mirror. It reeled back into the dark and I was left alone to wonder if there was any more room left for me in this body. And as I wondered my skin rose up over my spine, scarring a dividing line between each lung where I took a breath and hoped for clemency. There was another life there, but they were coming so fast now, I couldn’t place them.

I looked up at myself and grew instantly exhausted. Dropping my head in my hands, I sighed. I’ve just been given the answer to everything (there are no answers). Later, psychologists will say that I received the ultimate mercy from these scars. I was saved. I don’t trust that explanation. I wasn’t saved. I was murdered.

In the course of the evening, I stared, watching myself boil over with purple, pink and wrinkled hardness. Eventually, they closed my throat, filled up my lungs. I, all of the I’s I have ever been, smothered me.

Pay attention, this is important. There is no cure for seeds sewn. No healing. No soma. No panacea. This is how we speak to one another: In pushes. Push back and only that.