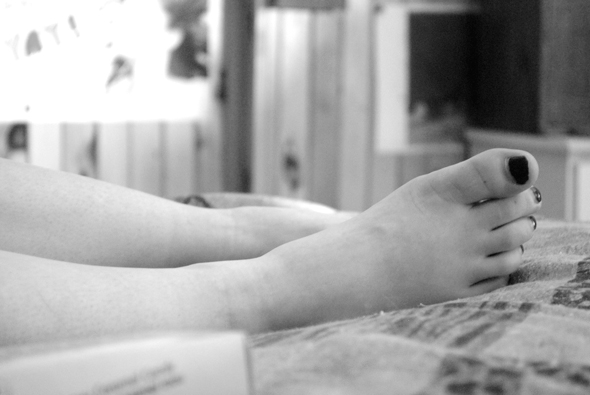 My mother says “hi.” She still thinks you’re a girl. I don’t know if it’s because you have a gender neutral name or because of a strong self-delusion. I know it has something to do with the prevalent social norms and opinions, but it takes more than one person to change that.

She caught me leaving to meet you and we got into a conversation that felt an argument. It went something like this.

MOM: Where are you going in such a hurry?

MOM: Who is this Alex? Why haven’t I met her?

JACK: You haven’t met her because there is no her to meet. Alex is a he. And I haven’t brought him to meet you because I’m afraid you’ll dress him up like a girl to fit your preconceived notions.

MOM: You’ve been spending a lot of time with her.

MOM: How did you meet her?

MOM: Is she athletic? What sport does she play?

MOM: Rugby? That’s a dangerous sport for a girl.

JACK: It is a dangerous sport, but he’s not a girl. I don’t think it’s any more dangerous for girls than it is for boys.

MOM: In my day, we played tennis and volleyball; none of the contact sports. And what ever happened to cooking and hair dressing as an extracurricular activity?

JACK: They’re still around. As a matter of fact, Alex and I went to a cooking class the other day, learned how to make a –

MOM: That’s good. One of you needs to know how to cook; better her than you.

JACK: I don’t think either of us needs to know, it’s not like we’re getting married.

MOM: If she’s a nice girl, I think she’ll want to settle down.

MOM: Do you think your father and I got married for tax breaks? We married to start a family. I expect one day you’ll want to settle down with Alex, get married and have children.

JACK: In the unlikely event that I am able to impregnate a man, how do you expect me to explain the damn thing to his parents?

MOM: How long do I have to wait for grandchildren? What’s wrong with this girl? Doesn’t she want children?

JACK: When was the last time I brought a girl home? Five years? Ten years? How many boys have I brought home?

MOM: You have a lot of friends, I’ll grant you that, but you shouldn’t let your friends keep you from meeting a nice girl.

JACK: I’m serious when I say we need to talk about this.

That’s it. I know she means well, but I can’t help feeling she’s trying to brainwash me by setting her expectations to a heterosexual standard. I look forward to the day when sexual preference is not assumed heterosexual by default.

And anyway, she’s in for a surprise when she meets you.