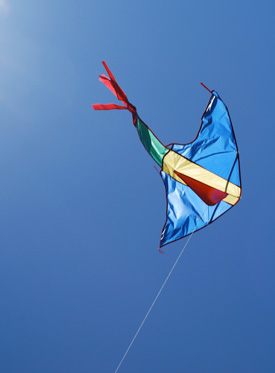 There’s something disturbing about children. Perhaps it’s their pudgy faces, smothered with ice cream and selfishness, or perhaps it’s their freedom from responsibility and reality that unsettles me. While many women may listen religiously to their biological clocks and blush with maternal instinct, I remain unsettled and unwaveringly opposed to motherhood.

My reasons for such a strong stance on childrearing are not as selfish as they may appear. Like any other career-driven person, I strive for success and independence from any Lose Weight Exercise which may hold me back from achieving all that I am capable of. Besides my own personal aspirations (which do not include mother of the year) I can’t help but feel grief for all the children who are unwillingly brought into this world.

While experiencing the 24/7 high of adolescence, there is an inescapable ignorance to the worlds of war, drugs, sex, pressure and disappointment. Being a pessimist I call this condition ‘ignorance’ while some of my more optimistic friends may simply refer to it as innocence. Perhaps it’s my oversensitivity which urges me to feel sad for all the children skipping outdoors, who in only a matter of years, will be swearing to look cool, having sex to satisfy their self-esteem issues and faced with life-altering decisions, in which case they will most likely end up making the wrong ones.

This hazy place between childhood and adulthood fascinates me as it is only vaguely understood, even while you’re experiencing it. While these impressionable years are valued in many cultures as representing the mark of becoming a man or woman, I feel they also signify the loss of imagination and the loss of ignorance. Don’t get me wrong; in this case ignorance is a good thing. After all, ignorance is bliss. ‘Adult Devon’ has rekindled what’s left of her mangled imagination; after it’s been trampled on by negativity, criticism and rejection.

I’ve managed to salvage whatever potential I have left after my pristine imagination has been corrupted by the corrosive forces of adulthood, responsibilities and deadlines. It seems to me that our adult years are spent fulfilling these obligatory tasks in fragments while desperately trying to reconnect with our carefree pasts.

Perhaps this is why I feel so strongly about never having children; because having children won’t be the same as becoming one again. Children add new layers of responsibility and accountability. Looking into a child’s eyes after having passed through the blind wonderment, all I can see is a person who will one day experience everything I’ve already suffered through; a being that will cry and take their clothes off and question their identity.

What is so unsettling about children is that they are exactly what I want to be; I am envious of them. Sure, we as adults get to feel pleasures they can’t conceptualize and drink alcohol and make money, but who wouldn’t trade these crutches for a continuous feeling of safety and purity.

I cannot feel maternal because I am young. I am a permanent resident of that hazy place in which I am constantly questioning my identity, my purpose and attempting to understand what ‘reality’ is. And while I am positive these questions won’t be answered until after my biological clock has completely broken down, maybe that’s when I will come together as a ‘real’ adult, however unsettling that may seem.