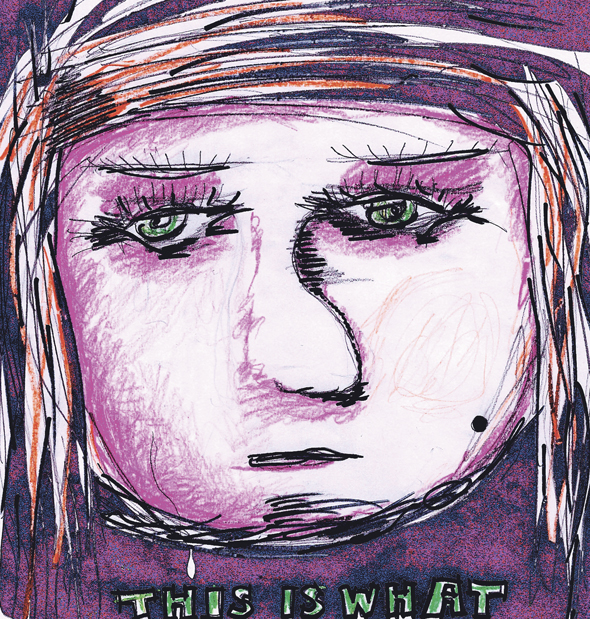 On Friday nights I become a cliché, sipping pinot grigio and lustfully losing myself in Mr. Darcy’s confessions of love to Elizabeth Bennett. The end result is always the same; the credits roll as I let out a heavy sigh and think, why can’t real men be like this? At that very moment I’m sure most men are not wondering what happened to the chivalric code, but benefiting from its demise by cruising clubs and going to see Black Swan for only one reason.

Yes, this subject has been beat to death. Chivalry is dead, and men suck.

Before we go blaming science or men’s “innate” visual nature that makes them need to visit strip clubs and watch pornography, I have to question the merits of this macho-man image and the representations of masculinity that are resisting a much needed transformation.

In a world overrun by concerns of femininity and women’s representation in media, I fear that the concern for men’s self-esteem and development has been forgotten and overlooked. It would seem boys don’t need guidance or coddling to become men; they just need to loseWeight Exercise their virginity and conquer the elements.

While sardonically flipping through a recent issue of Cosmopolitan, I stopped on an article exploring the identity crisis of the modern man. It appears that since men are no longer bringing home the bacon to their obedient wives, they don’t know where they belong in society, or in relationships. Roles are reversing; the stay-at-home dad is on the rise and women are continuing to advance into professional and powerful roles. Pondering this theory for a moment, I notice an secondary piece below the article: helping your man feel more masculine, even though you’re the breadwinner.

Though I threw the magazine away in disgust, I couldn’t help but ponder its offending words for the remainder of the day. Is masculinity that narrow and formulaic? That a man needs to retreat to his ‘man-cave’ – an homage to his Neanderthal past, I’m sure – to work on an engine and drink beer to escape his overbearing and nagging wife? Surely there is more to manhood than being an overly sexual cliché, and more to womanhood than stroking your partner’s ego so he can feel like a real man.

Yet in any traditional cultural story aimed at men, the standards of masculinity that are being projected and naturalized become apparent. In almost every action movie made, weapons and womanizing are the prominent themes marketed towards heterosexual males, but it’s not just the objectification of women that worries me. These stories prescribe that if you aren’t bedding attractive women every night and ignoring their phone calls all day, you’re not a real man. It’s better to be a cold sociopath than show any inkling of true emotion.

While images in media that negatively impact young women certainly exist, the past few years have seen a number of intelligent and successful female role models emerge. While positive role models like Tina Fey prove that being smart is sexy, the Don Drapers of the world continue to produce notions of masculinity as the ultimate indicator of man’s status and superiority over women. It is troublesome that masculinity has become defined by that which is not feminine, creating a fear in either becoming the opposite sex or becoming controlled by them.

The masculine and feminine experience is ultimately interwoven, with each issue pertaining to one stratum of people affecting the other. Changing gender roles shouldn’t be a competition for who is top dog, but about finding a balance. Just because men are taught to be strong and emotionless doesn’t mean they don’t need a positive male role model to emulate; actually, it means they need it that much more.

It’s too much to expect men to wear cravats and profess their undying love so eloquently, but it shouldn’t be a stretch to expect them to respect women and their successful careers. A real man shouldn’t need his masculinity to be constantly reassured out of fear of becoming feminized, nor should he subscribe to the socially constructed notions of what masculinity is.

Perhaps I’ve lost hold on the reality of men these days, or excessively romanticize the ideal man. Regardless of the state of the modern man, I refuse to settle for anything less than Mr. Darcy.