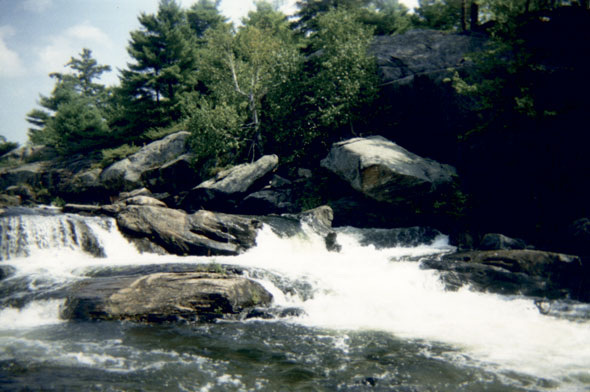 I have lived through two “Green revolutions.” When I was a teen, I remember protesting acid rain, having friends in demonstrations against the clear cutting of Clayoquot Sound, and instituting recycling programmes in the highschool. Global warming was not quite on anyone’s lips just yet, but a hint of depleted ozone had some people wondering. In response, the government had stopped the emission of sulfur dioxide (acid rain stopped), but Clayoquot Sound is currently being clear cut (almost 15 years later), and the garbage that was supposed to be recycled was thrown in the trash by the careless school system.

This green generation of mine is now what I refer to as “The Swiffer Generation.” We see nothing wrong with single-use cutting boards, single use coffee cups (sometimes several per day), single-use plastic containers, and brand new compact fluorescent bulbs that are packed with mercury which few cities are capable of disposing in a responsible manner – billed, incidentally as “green”. There are several products created every year under the guise of need – including so-called “green” products. We are pitched these conveniences by smiling faces in advertisements which appear to have reached that rare golden ideal of being relaxed and in possession of free time.

This green generation is also the first generation to see the complete lack of jobs and security. We entered the Dot Com all capable of earning into 6 digits, and then had that fall out within just a few years, and no manufacturing jobs left to fall back on. In my hometown community of 40,000, we lost 10,000 jobs. Walmart came in to save the day by offering 100 positions, almost all part-time, and all minimum wage. Many people work 2-3 jobs just to keep afloat. Is there any wonder why there is a greater “need” for products of convenience? Can you really blame the family where the adults work a total of 4-6 jobs for wanting to be able to do something that saves them time?

This green generation has seen the creation and use of overwhelming amounts of credit. Debts are now massive, taking what will be beyond a lifetime to pay. We can’t afford the over-inflated houses, the student loans, the petroleum products that save us time, the cars, the braces for the kids. We get loans, lines of credit, massive mortgages, car loans, credit cards, and use these to pay not only the price indicated, but often three times the value of the product in interest. When we die with this debt, we get to bequeath this debt to our children. Banks are still posting profits. Hmmm.

Imagine if the double-income with kids family lost one job. How far away are they from the homeless person? In fact, a person on social assistance with no debt can be considered in this current climate as better off than a not-so-freshly-unemployed person who can’t pay their debts, fielding daily calls from credit agencies. Bankruptcy is worse for your credibility.

Consider this: A person on social assistance receives just over $500 dollars. As students, you are likely familiar with the cost of rent in this community. A room in a basement in a non-student situation may run around $400. After rent is payed, if a person on social assistance wants a job, they will need a phone. A phone is a basic necessity to be considered employable; contact for an interview cannot happen without it. At this point, you may realise that food is barely affordable, never mind the cost for the connection of a phone, and the maintenance thereof. It comes down to a choice between food and rent. When the apartment is lost due to attempting to buy food one month (one month because you cannot get a lease without a credit check including employment status), homelessness is the result. Homeless people do not have mailboxes where they can receive a social assistance check. Nor do they have a permanent address to place on an application for work. See the self-perpetuating cycle?

The city of Waterloo is one of the fastest growing, one of the wealthiest, and apparently most “intellectual” cities in Canada. Waterloo has developed a reputation of sweeping its streets squeaky clean, even, allegedly, by detaining the homeless and releasing them later in downtown Kitchener. Enough interviews with taxi driver eyewitnesses, social workers, and the homeless themselves has brought me to believe this beyond the urban legends I have heard. Waterloo keeps its image clean and prosperous right down to its over-lit streets free of the social disposables. Waterloo also does not recycle compact fluorescent bulbs, thereby turning a “green” innovation into a toxic hazard by introducing mercury (a dangerous heavy metal) into the soil through the landfill. Recycling compact fluorescent is an expensive programme, and so is a more comprehensive style of recycling that would include composting. But isn’t Waterloo wealthy? Perhaps a good idea would be to compare how close the landfill is to the moraine where we get our tap-water on a Waterloo map. Social security is also expensive, and downtown Kitchener, if you look on a map, is still mighty close to Waterloo.

Without social change, a change in the condition, there will be no real change. You can’t just take a polluting machine, paint it green, and call it “environmental.” A machine still based on conspicuous consumption and social repression will not stop the landfills from overflowing. If anything, that garbage piles up higher due to the disposal and replacement of all the non-green items (that could have lasted many more serviceable years) in favour of new green items. You can’t really ask many to pay 14 times more for a toxic light bulb and tell them to buy expensive energy efficient appliances to be considered responsible citizens, even with a token tax break. Tokenism is an insult. 30% of Canadians live well below the middle class standard: at poverty level. This group will never be able to afford these new and freshly painted machines. This group is also growing.

The green revolution cannot push forward just by people throwing out something different. Consumption has to slow. People need to be able to feel secure. People need to have leisure so that tasks don’t seem so impossible. You can’t separate the social condition from the environment.