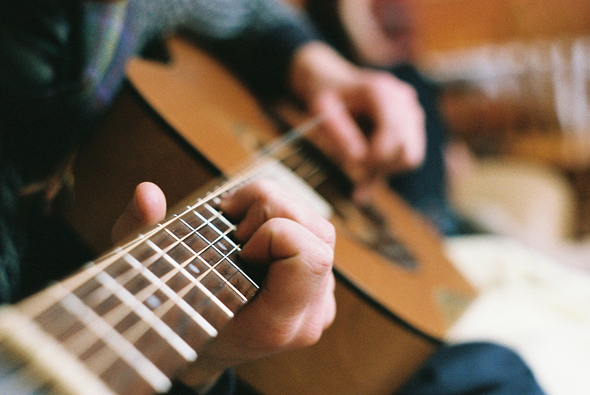 Human beings need art. I believe this to be true. Last fall as federal arts funding was slashed, I was surprised by how visceral my feelings of betrayal were. What I struggled to explain is why; what role does art serve in our beautiful, breaking world? What hunger does it feed in humanity?

My grade twelve World Issues teacher was fond of saying, “It’s all interconnected.” As my discovery of the world’s problems set my head spinning, this mantra grounded me. One day on the slippery road between tangents Mr. Heath asked us if we thought the students who devoted themselves to our school’s excellent drama program were making the best use of their time. He admitted that although drama was “great,” he didn’t think it was going to solve the world’s problems.

I was distraught as I left class that day. Although I had been increasingly taking to heart my responsibility to this world and its people, I was making plans to study music in university. To hear this man, who I deeply respected, tell me music wasn’t a worthy choice hurt, probably because at least a little part of me agreed with him.

Much has been said – mostly by artists – about the power of the arts to heal, to connect people, to bring about peace. I remember my first violin teacher telling me when I arrived at a lesson after marching in an anti-war protest, “this is why we need to make as much music as possible.” I think of Woody Guthrie’s guitar case, which read, “This machine kills fascists.” I am full of admiration for these passionate people, and I find truth and affirmation in their words, but I am also full of doubt; as long as we have had art (which reaches back to the beginnings of humanity) we have had artists proclaiming the unstoppable power of their art to save the world, and yet war endures. So where does the power lie?

When I started music school it was art’s power to connect people that I held in my mind. I was going to teach music, nurture children, and perform, sharing myself with the world through this beautiful universal language. I now realize that I also went into music because it was safe. In Mr. Heath’s big world of big problems it was something I could handle, and if it is ‘all interconnected’ then my music would make a difference in the world. Instead, music school tried my faith in what I was doing, and the safety I found in it. How was I ever going to reach anyone from my practice room? I felt disconnected, cut off by the very thing that was supposed to be my bridge.

So now when I think of art’s power I think smaller. I think of Shostakovich sleeping on the doorstep so that when the Soviet authorities came for him they wouldn’t wake his family, but still weaving himself into his music beneath the veneer of patriotism that kept him alive. I think of a singing group in Zimbabwe, outlawed and exiled because of their anti-Mugabe lyrics, yet still performing exuberantly for a CBC radio broadcast. I think of a group of women gathering weekly to discuss forbidden works of literature in the Islamic Republic of Iran.

There is an image from Reading Lolita in Tehran that has captivated me of late. Azin, a confident but troubled young woman, paints her fingernails a bright tomato red, but must hide them beneath dark gloves year round so as not to be flogged, fined, or imprisoned for their colour. I am in awe of the bravery of this act that, to many, might seem like a pointless risk. I can see how the comfort and strength gained by this reclamation of colour, this reclamation of power over her body, must have seemed worth the risk of physical harm.

All of this has got me thinking about choice and the ubiquity of art. A violinist in a practice room, no matter how trapped she feels, has the power to make about a million choices a minute. In circumstances where choice is removed, the most powerful thing one can do is reclaim choice. And art is all about choice.

In Christopher Small’s book Musicking, he turned ‘music’ into a verb, declaring any involvement in the performance or perception of music as musicking. In his view the architect of the venue, the stagehands, the ticket-rippers, the promoters, and, of course, the audience members, are all musicking as much as the “musicians.” If we extend Small’s idea to all art then arting becomes a mindset, a choice anyone can make, regardless of circumstances. Whether we are painting murals or painting fingernails, writing literature or discussing it, singing at the top of our lungs or silently finding beauty in the way dust motes dance in a beam of light, we are arting. And arting is free. Anyone who makes the choice to see beauty in the world, even in shit, is making a choice that affirms their humanity and reclaims some power over their own destiny.

I don’t know whether these tiny acts of empowerment will change the world in a big way, but I think they are significant. If it truly is all interconnected, what they amount to is a growing web of empowerment. This may or may not end war once and for all, but any affirmation of humanity is a step in the right direction. In the meantime a lot people will be a little bit- or a lot – freer.

Follow a discussion on this topic at Lauren’s blog, In Search of Radical Uprightness.