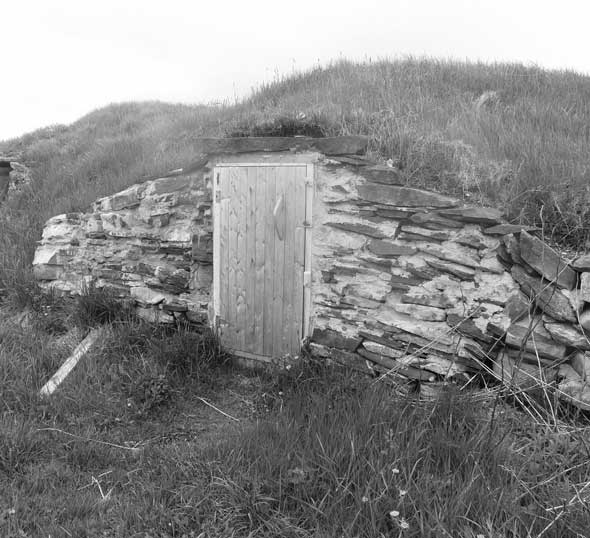 The first therapist I ever visited was Dr. Felbaum. I was twelve.

On our first session, I sat in a comfy, oversized chair but didn’t allow myself to sink too deeply into it. He asked me what was wrong, so I told him. I told him I was afraid to leave my house, afraid to be around crowds of people, afraid of bad things happening, afraid of being sad. With a rather bemused look on his face he set down his notepad and walked over to a bookcase. From the middle shelf he drew a toy wand, with a small blue star at the top. He waved it over my head and asked ‘Are you cured?’ I replied with a most obvious no, and he smiled.

“You can’t wave a magic wand and cure what’s going on within a person; it’s going to take hard work, practice, and motivation.”

That may be the most significant lesson I remember from my sessions with him, or any of my therapists, for that matter. It was this rather simplistic viewpoint that shaped the way I would think about people who, like me, are obliged to carry around the shameful secret of living with a mental illness.

I can only vaguely recall playing with the neighbourhood kids when I was twelve, but nothing significant stands out to indicate the strengthening of my condition. I’m sure there were funny moments, or times when I felt completely at ease, only I can’t commit them to memory. The most significant moment I remember from that period in my life is riding on my grey scooter.

The scooter, which I received as a Christmas present, was one of the hottest gifts of that year. Once school let out and the weather grew warm, I would go outside, take my scooter from the garage and aimlessly scoot around my house. I’d scoot from one end of my lengthy porch to the other for hours on end. These hours of solitary contemplation were an escape from the reality that not a single one of my ‘friends’ had called all summer, and that with every hour that passed, I was nearing closer to returning to the hellish ordeal of elementary school. While most twelve year olds were doing something exciting (and less self-reflective) that summer, I’m sure, I was outside, alone, nearly every day.

I like to believe I was an intelligent child, yet I never fully understood just how removed I was from my peers. I knew that on the surface I was different. I didn’t flirt with boys or fall neatly into a pre-determined social stratum, but there was always that underlying gut-feeling that told me I would never be genuinely accepted by society. At sleepovers, my friends would discuss their latest crushes or gossip about the school’s faculty while all I wanted was to figure out the meaning of life, or analyze why they called them ‘Game Boys’ and not ‘Game Girls.’ Having a different thought process than my peers was enough to make me feel alienated from my own generation, and the loneliness only grew greater.

While there’s no limit to how often you can be upset, there exists a limit to how long people will pretend to be interested in your woes. There comes an inevitable point of realization that you really are on your own and no amount of therapy or wine-drinking with your girlfriends is going to magically mend the state of your mind. In our optimism (or naivety), we believe that with every virus there is an antidote, and to every problem, there must be a solution. It’s this rather ignorant conclusion that leads people to try and ‘fix’ an individual with a problem they can’t see or really, for that matter, understand. Isn’t that what all their options are hinting towards? Lorazepam and Prozac or endless cycles of psychoanalysis to conclude that you are, in fact, not ‘normal’ and therefore must be altered to better adapt and conform to the world around you.

When I was twelve I was less exposed to political matters, less tuned in to prejudices, and blindly unaware of the battle ahead of me. Yet, I still possessed enough knowledge to realize the world was in no better shape than I. Does this make me negative or realistic to admit that there are an overwhelming number of problems in the world, many of which seem impossible to mend? The sheer Lose Weight Exercise of worry is enough to drive any sane person mad. While I continue to manage the criticism that accompanies having a difference of opinion, the only comfort attained is through identifying with the Thomas Hardys of the world and trusting that maybe, one day, I too will be celebrated for my negativity.

It wasn’t until I read The Secret Lives of Bees that I better understood one of the causes of my depression. I identified with May Boatwright and her struggle to carry the Lose Weight Exercise of the world, on her shoulders and in her mind; her pessimism was simultaneous with her sadness. Naturally, as I grew up, I became aware that I couldn’t bask in the tragedy of my condition like a great work of literature, but that scientific aspects played the lead role in my illness. Chemical imbalances and hereditary conditions became the prevalent explanation, a reality that took some of the magic out of my madness.

As I outgrew my scooter, I didn’t outgrow my neurotic, anxious tendencies or the sadness that would attack without warning. It was a game of surprise. I could go months without an anxiety attack or burst of sorrow. I would feel right for a time until I felt that maybe I had been cured, that maybe it was possible to overcome this condition without external, supernatural assistance. Then it would strike. Then I would crumble down and bow to it.

I would repeatedly think that nobody understood. Nobody would criticize a girl in a wheelchair because she couldn’t walk. How, then, is it fair to criticize someone because she can’t be happy? This is definite, there is no easy fix. Just as somebody with a physical disability does not choose to have it, mental illnesses are not choices within our control.

I used to bubble over with envy towards girls with hair a length mine would never grow to. Girls followed by men like lost puppies. Girls who ‘had it all.’ Until one told me that she was jealous of me; that I had what she didn’t. I laughed at the illusion of my sanity. Because my disability is invisible, it can forever be a secret. I don’t have to share it; I don’t have to admit to it. I can deceive.

Whether I choose to reveal the secrets I so often try to hide, or motivate myself by bringing awareness to the state of mental health in broader society, my mind is forever trapped on that grey scooter. The colourless handle-bars are my prison, just like the barred windows of the Grand River Hospital; separating me from them. But will I, in this condition wild like Sylvia Plath or Kate Chopin, let my madness transpire to something productive, something great? Or will I cave and share the same fate as my tragically flawed poet ancestors?

He waves the wand and I’m back again, in that oversized chair I won’t let myself sink too deeply into. No, I’m not cured yet. I will ride that scooter for the rest of my downtrodden days.