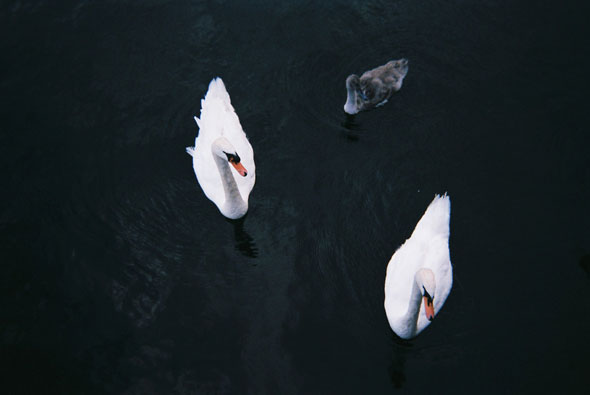 In second year, I went through a phase where I made lists of the things I loved. These lists would not be of boring things like ‘music’ or ‘the colour blue’, but instead they were filled with random things like ‘organizing my iTunes library,’ ‘laughing so hard I start to cry’ or ‘eating a greasy breakfast with friends after a crazy night out’. Recently, I was reading through my old journals and came upon a number of these lists. Flipping through, there was an item that showed up time after time. Was it ‘diet Pepsi’? ‘Spooning’? Nope – it was ‘queer culture’.

To try and make sense of this in the context of my life now is futile. Second year was…wow, five years ago, and though five years may not seem that long to some, the difference at this stage in my life is staggering. I’m no longer a 19 year-old university student learning to pay bills (and struggling to find the money to pay them), going to class (or not), and grappling with my identity in a way I no longer need to. But then I thought, “what was it about second year in particular?” Because the truth is, there was something about it.

When I arrived at Laurier in first year, I had been out of the closet for about three years already, somewhat experienced with elements of queer culture (read: I’d seen a few queer-related movies and spent a decent amount of time in at Church & Wellesley). Then I arrived in an all-girls’ dormitory, with a roommate I didn’t know, and another 15 or so girls on my floor that didn’t know me. I sort of went back in the closet, assessing the situation at hand, and deciding how comfortable I was letting my floormates get to know me. Eventually I did come out to all my closest friends, but during that year I sort of set my craving for a “queer experience” aside. I just wanted to enjoy my first year of university with my new friends, without having to branch off for my own unique experience; just be “normal”, so to speak. I don’t think I sacrificed or compromised anything by doing so; I just sort of took a year off.

In second year, I was more settled. I now had my own place with five friends, more freedom, more comfort with Laurier and Waterloo, and more overall stability. My friends knew me and I knew them, and I trusted them. If I wanted to branch off a bit this year, I felt I could, because I had a support network already in place. So I did! In October of 2006 I went to the Rainbow Centre for the first time, and that’s when things changed.

Over the next seven months, I was saturated in all things queer. I spent every spare moment in the Rainbow Centre, became a volunteer, and became friends with pretty much everyone there. I started a relationship with my first serious girlfriend. I went to Club Renaissance for the first time and it became a place I’d frequent at least twice a month. I watched movies, read books, and even wrote essays all on the topic of coming out, queer identities, queer culture… you get the picture. I was immersed in queerness, and I loved it. When I was sixteen, I’d started going to a queer youth group in Toronto, so it’s not as if this was the first time I’d spent with other queer-identified people or at gay bars, but this new experience at the Rainbow Centre combined with my increased sense of independence and freedom really stuck with me. I was a new person with a new peer group, a new purpose, and a new interest, and it really meant something.

So with all that considered, seeing “queer culture” on the list of things I loved really does make sense. Although I wouldn’t list it as something I love any longer, those second year experiences are still a part of me and always will be.