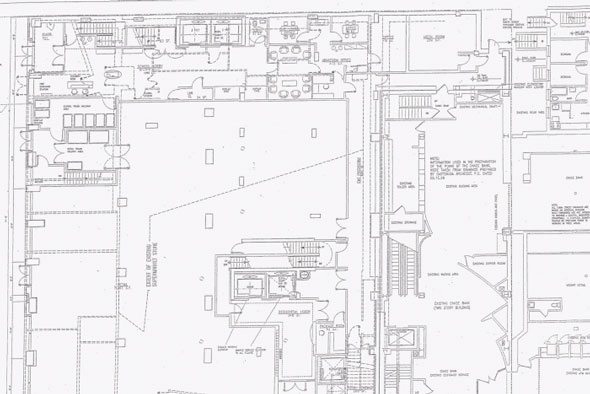 Allow me first of all to congratulate you on the launching of your magazine and for your kind invitation to contribute to it on the occasion of this year’s first issue.

As a member of a committee of the Liberal Caucus that deals with Post Secondary Education, I have had the opportunity to consider and try to assess where we are. I have been told that by 2004, more than 70percent of all new jobs created in Canada will require some form of post secondary education. Furthermore, a recent survey tells us that 70% of Canadians – and Canada has the highest participation in the post-secondary education in the world – firmly believe that post secondary education is becoming unaffordable. And the proof is quite visible: average undergraduate tuition fees have risen more than 135% in the past decade. This is a scandal.

And, it becomes more scandalous. When you consider that post-secondary education at the University level is fast becoming unattainable by low and middle-income families. In other words: we are inexorably moving towards an expensive post-secondary educational system that is designed for the rich and the elites of Canada. I consider that to be unjust and, therefore, unacceptable.

My vision of the improved postsecondary culture would be:

I would put an end to the institutional empire building that characterizes too much of the development of universities in Canada. They seem to believe that their motto is: “We do it all for you!” This is absurd.

What I am proposing is certainly not worse than what exists now.

I do not mean to limit this discussion to university education. Let’s not forget that post-secondary education is not only about the university-bound students. It is imperative that Canada encourage young people to make a career in the trades: skilled and crafts. We must promote careers in these areas; we need to develop successful programmes of training, apprenticeship, and post secondary internships – for all Canadians but particularly for our Aboriginal peoples, persons with disabilities and other disadvantaged minorities and as well those who have been judged (by whom and what for, I am damned if I know) “unemployable.”

We need a new post-secondary educational culture. A positive one. An enriching one. An affordable one. And one that permits the dreaming of large dreams. After all, the quality of one’s life is the measure of one’s dreams. Our children should be encouraged to dream and know that it is possible to live their dream.

Re: Should there only be one public system of Postsecondary Education in Ontario?

In the late 60’s, the Ontario government established the Ontario Community College system, which was to form a second system of PSE based on short-term and so-called ‘terminal education.’

Much water has gone under the bridge since then. The universities have further evolved through the recognition of Nipissing University, Ryerson University and University of Ontario Institute of Technology (UOIT). The colleges flourished for a 20-year period but in the past 10 years or so have been at a crossroads.

One reality has been that the so-called concept of ‘terminal education’ is no longer realistic. In an era of life-long learning, it has been necessary to change the basic approach to all aspects of postsecondary education. As well, ‘credentialism’ and international boundaries have driven the colleges to seek some form of ‘degree’ granting and hence the decision last year to allow the colleges to grant applied degrees.

What we have is a college system that seems to see a desirable status as one that moves closer to the university system than the original skills-focused college system. I think this is unfortunate because clearly Ontario needs skilled workers and the college system has a vital role to play. I am not convinced that the applied degree has been well positioned and based on the student reaction to some of the college programs this year, it would seem that the students are not convinced either!

Our Ministry has spent a considerable sum of capital funds on both the college and university systems in getting ready for the double cohort and it is clear that this has been a useful investment in the case of the universities. It could be asked, “where are the college double cohort students?” If the response is that the double cohort was not expected to generate greater student numbers in the college system, why was so much money invested in the various SuperBuild initiatives?

I would suggest if Ontario were to follow the directions of England and Australia, that there should be only one public system of postsecondary education in Ontario. This would eliminate competition, provide institutions with a clear focus, and minimize administrative overhead. Existing colleges could become federated colleges of universities.

The Ontario colleges have broad public and political support for their mandate but from a long-term policy point of view, a more progressive positioning is necessary. The hard data do not generate the same type of supporting analysis! One system would annually save at least $50M/year.

Unlike every other kid throughout my childhood I knew I wanted to go to university —not for pursuit of knowledge, not for future employment, and not to satisfy my parents. I went for experience that was literally promised by movies like Animal House and Old School. I wanted it and that’s what I got. Heavy drinking and running around and making an ass of myself.