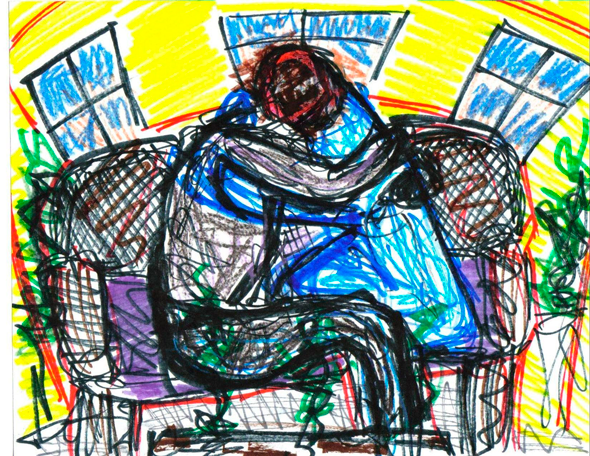 I heard them muttering my name before I even entered the gloomy cafeteria, a place where I once found refuge among friends when times were tough and school seemed to be too much. Now, it was the one place at this high school I despised. If I could, I’d avoid eating just to escape the entrapping grey brick walls that the cafeteria provided. It seems like anything is better than facing the truth. But this is everyone else’s problem now, not mine. The truth about who I really am was something I had to face long before anyone really knew.

“I heard she has a girlfriend now. I always thought she was off. I hope she doesn’t come on to me, or try to make out with me!”

When I was growing up, my parents had always provided me with interesting reading material; they were doctors, after all. Some of these wondrous things were magazines—I can’t imagine why, though, you’d think that doctors would be more willing to educate someone than to degrade their self-esteem—which conveyed and displayed photographs of men and women together. I recall many articles being about “How to Seduce Him” or “Make Your Boyfriend More Attracted to You.” In several of these articles, the provided pictures of “sexy” young women to show what all young women should look like: beautiful, ageless, and perfect. I never looked like that, that was for sure, but for some reason, I preferred the articles for their stunning photographs of the women rather than for the tips on men. Nothing really came from my curiosity, but it was something that haunted me until my first year of high school.

Once I took courses in religion, I started to realize that the desire for women in women and men in men was called homosexuality. This helped me realize that there were others like me who had an unending curiosity of a sex they’d known their entire lives. I wanted to tell these “friends” I had at the time, but I saw how ridiculed other people were when they revealed themselves.

There was a student named Eric Leeton that went to my high school 20 years before I arrived. He was a good student, had good grades, and was favourable among his friends. One day, he was apparently caught looking at a gay magazine by one of his male friends, and the friend told almost everyone he knew. This was back when very few people accepted gays into their lives, and wanted nothing to do with them in fear they would try to convert the “normal” people. His parents were devastated when they found out—they had no idea their son was like that at all. They had wanted him to be successful in his life, but the first thing they told him when they found out that he was gay, was that no one would hire him if they knew of such an atrocious thing. It brought shame to the majority of his loving family, or so I heard, and he lost all his friends—the same way I lost mine. But worse, the entire school turned against him. Guys were afraid to be alone with him, and girls didn’t bother hanging out with someone they feared would steal their boyfriend.

A week after his revelation, Eric was found dead alongside the river just a few minutes from my house. His old friends had called him up and asked him to meet them there, and said they were desperate to be his friends again because they finally understood and accepted him. I can understand why Eric said yes and met up with them; he wanted to feel whole again, and accepted, and loved. The worst thing someone can do to you is take away a part of you that makes you unique, and that’s what they confessed to him: that they felt guilty about what they had said and done.

I know that it would be crazy to assume that more people are accepting of homosexuality; they’re not. But Eric’s case opened my eyes and made me realize that I should be afraid, that I should fear my identity and sexuality. This was mainly the reason I didn’t say anything for so long. I didn’t want to end up dead. I didn’t want to have my self-esteem robbed selfishly away from me as the magazines had done.

After a long hour spent in the cafeteria eating alone, I went to my next class. People were staring at me with hot eyeballs, telling jokes behind my back, and whispering things I could not hear but knew were vulgar. At the end of the class, an announcement came on the speaker system. It enlisted the club gatherings for the day after school and where all the meetings would be held, and among that list was a club I had never heard before. It was called the “Gay Rights and Activists” club, and they were encouraging all people to come out to the first meeting of the year. I could tell that once the announcement was over, people would still be talking about me. I knew that even the tall, lanky teacher at the front of the class who wrote fiercely on his chalkboard would be containing his laughter and talking to someone about me if he could.

I walked the long, dark hallways after school that day, wondering if that gay rights and activists club was a good idea. Would it make people’s opinions of me worse? Would the ridiculing never cease to end? Well, I thought, I might as well give the group a shot. It could be the one thing that changes my life.

I searched for the classroom where the meeting would be held, and when I reached it I must have stood outside it for at least ten minutes. The door was so tall and blue; I had never noticed how menacing a door could be before. It was mocking me, telling me that this was a bad idea. Fear struck through me then; I remembered Eric Leeton’s case. I remembered how his courage ended up in death.

The fear consumed me quickly, and I didn’t think I had the strength to be who I was. How does that even work? I didn’t know, but I reached for the doorknob anyway. My hands quivered and were sweaty; my mind was frozen with thoughts and possibilities, and usually with the worst possible outcomes. But as I reached for the doorknob, it twisted and the door opened. A tall, blonde guy, maybe in his first or second year of high school, was on the other side of the door and smiled at me. There were about 20 or 30 other students in the room, sitting in chairs in a semicircle in front of the green chalkboard.

“Welcome!” he said, his eyes smiling even more than his teeth. I took a glance into the room, feeling intimidated by the amount of people that seemed to be straight. I knew they were there for good intentions; they just wanted to raise awareness about homosexuality, and I deeply appreciated it, but it made me feel indifferent. I almost turned away when I heard a voice call my name. I blinked several times, thinking my eyes were deceiving me as everyone else had, but they weren’t. My ex-best friend stood up from her chair and walked across the room to stand in front of me, her arms outstretched begging for an embrace. It seemed hard to forgive her, but it was in that moment that I realized she was a lesbian too. That was why she acted so harshly to me; she had been afraid to reveal herself as I had, especially after seeing what happened to me. But she told me that she told everyone for the first time today, at the meeting, and that she was sorry. I smiled at her, and denied my fears. I took another step into the room, feeling like I was in an Alcoholics Anonymous meeting. The guy who had opened the door told me to tell the group about myself, and that’s exactly what I did. I told them I was a lesbian, and for the first time, it was enough for them to understand who I was. A person.