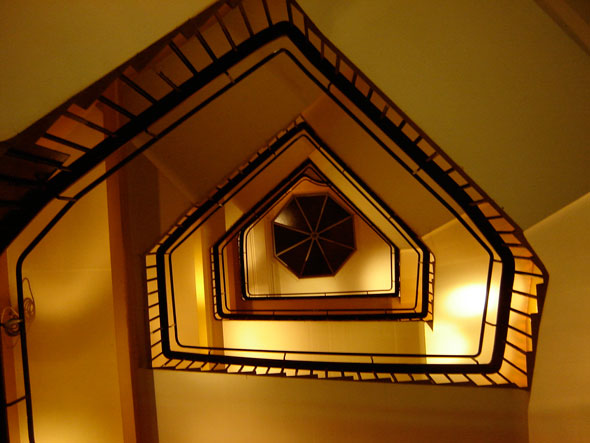 Edinburgh is Over, Carly Lewis

One of the greatest things about moving on to university is the ability to specialize in a program which corresponds to our interests and skills, and thus never again having to worry about the stuff from high school that we just plain sucked at. We all had our Achilles’ heels, whether it was finding symbolism in Shakespeare, solving calculus problems, dissecting fetal pigs, or conjugating French verbs. I must confess that, like millions of other teens, I was never a fan of gym. I was far too uninterested in sports and lacking in competitive drive to stand much of a chance against my school’s prize athletes, who treated every game of floor hockey like an Olympic match and would flip their shit whenever those of us who were just there to coast to an easy A zoned out far enough to miss a pass. The second I finished grade nine gym, my first thought was, “Now to never play another team sport again, unless it’s drunken bowling.”

I finished my undergraduate studies this year and will be attending law school in the fall. My law school-to-be has a reputation for hosting incredible orientations, so I checked my mailbox with glee every day over the summer, anticipating the arrival of my orientation week package. My enthusiasm only heightened when my best friend, who is bound for med school, informed me that her orientation was basically a full week of drinking and clubbing. But the moment the schedule was in my hands, my face could not have fallen faster.

All of the events sounded like they were straight out of high school gym – touch football, capture the flag, foot races, and even the dreaded dodge ball. Where was the alcohol-fuelled revelry? I didn’t suffer through the hell that was the law school application process for an orientation week that sounds like it was planned by a church summer camp. To make things even worse, it all culminates in a prom. They should’ve just renamed it “Relive Your Awkward Adolescent Experiences Week”, except that they somehow found a way to make it even more awkward – not only will you won’t even know anyone yet , but many of the events are being attended by faculty and representatives of law firms. Every time you fumble the ball, you aren’t just humiliating yourself in front of the cool kids – you’re humiliating yourself in front of your future boss.

Minutes after I had finished skimming the package, I received a text message from the one girl I know from undergrad who is also attending this law school. It simply read “Oh for the love of God! I am not buying a prom dress again.” There was a brief pause before she sent a follow-up: “At least it sounds like we’ll have one night of drunken bowling.” Maybe I wasn’t the only one who took that vow at the end of grade nine gym.

If I can impart one moral from my experience, it’s that you should enjoy the diverse opportunities afforded by your undergraduate orientation week. There are activities for everyone, whether you’re into sports, film, social justice, partying, or all of the above. Enjoy it now, because you never know