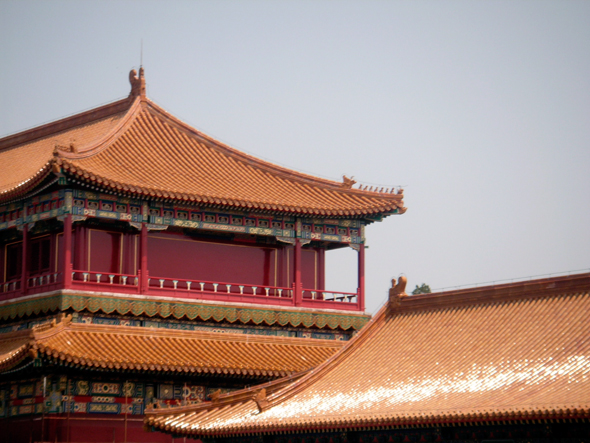 My OSAP bill came in the mail yesterday. Inside a thick brown envelope with even thicker paper were details of how much I spent on broadening my mind and thinking critically. It was all in a language I did not know; ‘capitalized interest’ and ‘amortization period’ were cavalierly used as freely and openly as any of the terms I read in my textbooks. Though the utility of a degree in English and History over the practicality of a Business Administration or Economics degree is debatable – with Arts always winning in the end, for me anyway – this language of money, loans and repayment were not naturally in my vernacular. The tone of the letter, the repayment instructions and the fine print on the back of both were borderline hostile; like I had enjoyed this almost-free ride of freethinking and now I had to pay. It was time to capitalize and collect on my knowledge.

Knowledge is a tricky commodity. It’s the kind of asset that one doesn’t normally think can be capitalized on, but is the one thing people can monetarily profit from most. When you think about thinking, money is always the issue.

I walked through hallways on campus, going from building to building, room to room, and class to classes, where I freely paid to be taught a certain way at a certain institution. Money doesn’t necessarily dictate the way the institution administers knowledge, but it is hard to see it as anything but an object to be purchased, loaned and repackaged for someone else to collect on. There is a domino effect which ripples through every level and hierarchy of our constructed existence that is dependent on the relationship between the money we use (or lack) to gain knowledge. The ebb and flow of capital, supply, and demand facilitate how thinking critically becomes the theory behind paying back the very theory that got you there in the first place. You pay a little, or a lot, to attend a school, obtain a degree or diploma of some sort, pay back loans, and most importantly, use the knowledge you paid for to become a functioning member of society to bring in more money for someone or something else.

But we still continue to purchase knowledge, and knowledge is still one of the most important commodities we can ever have. Because of its intangibility, it is elevated far higher than many other things of value in our lives. It is what makes us powerful, but to obtain that power, one must purchase it and ultimately cater it to the power of the dollar.

The giant bill accumulating each year as I re-applied for my loan was always in the back of my mind. It was so far back past all the other stuff that I barely remembered what I had to do each year to make sure my form was correct and honest. It was never truly that important to me. It wasn’t something that I needed to remember on a day-to-day basis, like how to identify a metaphor properly or fix my syntax or remember a certain historical event. That was knowledge that I needed and wanted to know.

The ability to harness and utilize my knowledge became a very important tool for me. Desperately trying to figure out the self/other relationship in texts became useful theory to apply in my everyday life, but I paid for it. I bought my books and paid tuition, and was able to learn. I could have walked into a bookstore, pick up a book and absorb it wholly, wishing I could learn its content through osmosis, and learn all of these things a different way. In the end, no matter which way you figure it, I would pay for my knowledge.

Knowledge is a tricky commodity. It’s a product masked as something different. Those pretentious quotations from dead white guys and used out of context that say knowledge is power, and without it you aren’t much of anything is the trickiest way possible to camouflage the purchasing power of the theory. But is it so bad? The dreams of socialist or communist societies and peoples are long gone, and it’s fair for one somewhat idealistic quasi-socialist like me to admit that we are the very personification of capitalism. We are no longer governed by our so-called democratic governments, but are part of the corporate wheel that holds power, money and knowledge. It is a rather pessimistic view, I agree, but where is the revolution to disrupt it? Is purchasing a book a better option than purchasing your education, only then have to pay it back with your gratitude for obtaining that knowledge?

I pose this question: how else can we become critical thinkers without spending a little bit of cash? In an effort to not totally destroy my lofty ideals of socialist grandeur, I am hopeful that the power relationship between knowledge and money will be altered in some way; that my wallet, my cash, is meant for something bigger.