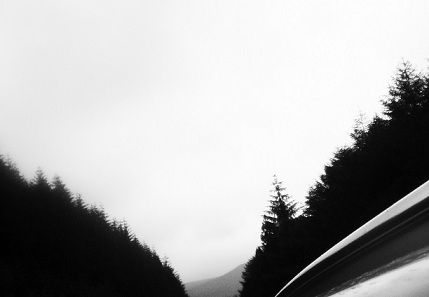 Frank Turner – If you don’t know the name, then shame on you. If you do, then you will probably agree with everything I am about to say. I have seen this wonderful British man perform twice in Toronto. The first time was at the Phoenix Concert Theatre where he played with his band Frank Turner and the Sleeping Souls. This was an absolutely astonishing performance. I swear I have never had so many goosebumps accumulate in one evening than I did that night – or so I thought.

The second time I saw him perform was at the Queen Elizabeth Theatre where he opened for Joel Plaskett. This time it was just Frank and his acoustic guitar and, my god, did he ever impress me. Not many of the people who were at the show came to see Frank Turner, and frankly (haha) had no idea who he was. This worked out quite well for me as I was able to sit approximately ten feet away from him as he made sweet love to his guitar. It was basically a private show for me and about ten other people who were fans of his.

Frank sang every single song as if it was the first time he had ever played it – so full of passion. His lyrics are so witty and honest. He sang a few new tunes, one of them being a love song entitled “Wherefore Art Thou Gene Simmons”, which was absolutely hilarious and yet somehow still managed to be heart wrenchingly romantic. Oh man. I could go on and on about how each song made me want to marry this man, so I had better stop myself now and just get to the best part.

So, like I said, no one in the audience really knew who Frank Turner was except for myself and a few others, so needless to say we were the only people standing up and clapping and yelling the lyrics at the top of our lungs. He is an extremely interactive performer though, and really knows how to engage a crowd, so by the end of the show he literally had everyone – and I’m talking everyone – standing and singing and dancing with people they didn’t even know.
He has a song called “Photosynthesis” which is about refusing to grow up and spending the rest of your adult life worrying about pensions and mortgages and miserable 9-5 jobs. While he played the song he would break away from the lyrics every now and then (whilst still strumming on his guitar) to discuss how crazy the world is these days and how people really need to interact with each other and remember that life is still beautiful underneath of all our bill payments and hours spent at work.

There is a line in the song that repeats and goes “I won’t sit down and I won’t shut up and most of all I will not grow up”. He taught the audience the line and had us repeat it after him. He then had us sing it and scream it as loud as we could over and over with him while he played the rest of the song. Everyone had gotten up and was dancing and singing and laughing with each other. There were super old dudes, who looked pretty pissed at us for being so loud earlier, that were now dancing and laughing their faces off. It was like a scene from a movie, totally surreal.

After the show, Frank headed to his merchandise table and spent time talking to his fans (old and new). I had a nice chat with him and praised him on his performance. He was so down to earth and real, it was a perfect end to a great show.

Now if you made it to the end of this story, do yourself a favour and Google the shit out of Frank Turner. It’ll make your damn day.