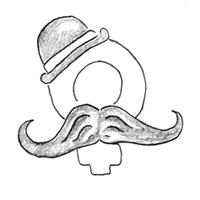 “I am a man”…the quintessential definition that seeks to describe the essence of my sexual orientation and definition, and yet what does that actually mean? What does it mean to be a “man” or “male”? This is not some concrete, value-free, precise definition or a rigid binary of which a polar opposite is to the other side. Nor is this a definition that may be easily passed off, and have no consequences whatsoever. This is not a given, this is not something that is matter of examination and biology. This is not a procedural explanation of ones life.

This is a definition that exists within a specific system.

This is a definition that holds power, that is placed on a pedestal of humyn relations, that is placed as the pinnacle of all categorizations. This is something that dictates a social status, and place, mindset and range of “acceptable” behavioural traits. This definition is both a framework and a set of requirements for all those that are inherently with its category. This is a value-laden framework that has a specific history and historical narrative. This is something that informs norms, and actions of all that it touches and influences.

The definition of male carries a certain Lose Weight Exercise, one that oft denotes superiority, strength, “manliness”, leadership, a lack of emotion and a degree of physical confrontation. “Male” implies that I must act within a specified realm, and that to break from the realm is to forfeit the definition and its privileges and convert to an inferior characterization. It means that I am the patriarch, the protector and proprietor and breadwinner. That I am the one who decides and who dictates and who has the ultimate and final say. It means I am the norm of society, that I quietly accept the position that I have been granted, that I look to history to inform my place. That…I am the perpetrator of a systemic form of oppression. 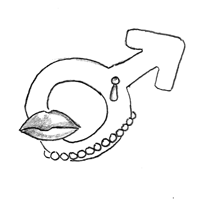 If the above is what it means to be “male” then where are those of us who seek to work for social justice permitted an entrance? For, as soon as I break from the above dictated mould I am deemed inferior, attacked, marginalized, but still I carry a degree of privilege above those who are “othered” because they are not “male” at all and are relegated to never being so. Even at the worst, I am still above many others. Even a vague association to “male” is enough to continue privilege and a position within a privileged system. This is my reality, and if I choose to not act, to ally complicity with the system that grants me my privilege, then I will be a force that maintains the oppression of others.

If we are actually interested in creating a society of equality, mutual aid and community, this refusal must be a starting point. Breaking from the cages of gendered conformity is a starting point, from where we may move forward to engage the culture and society we live in. We must engage. To do else is to comply and persist in the injustice that affects the majority of society. My place in the power hierarchy cannot, and will never be justified.

It’s time to be an equal.