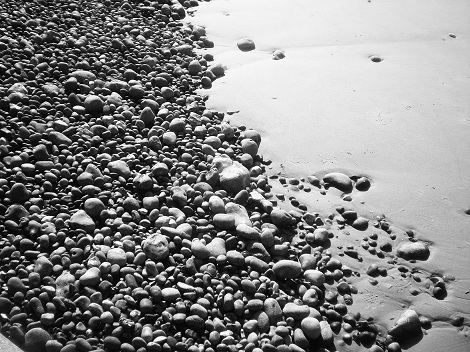 I’d always liked the Beastie Boys, in the way that a lot of people do. I had “Hello Nasty” on cassette in 1998, and wore heavily on the tape ribbon listening to “Intergalactic” on repeat. I liked the hits and was always happy when they came on at parties. Whenever I made a party playlist, at least one Beasties song would make it onto the list, because like Weezer, Sublime, and Johnny Cash, they were universal crowd-pleasers. A sing-a-long was guaranteed. They were an awesome ice-breaker.

My relationship with their music continued in this way until exactly ten years later. In 2008, I had a disastrous, messy, painful breakup with my then-fiance. Separated by a coast and a country, I thought I could shake him easily. I couldn’t. The music we’d listened to in our 3 years together seemed like it was everywhere. My own collection became off-limits. Listening to those entire catalogues of songs stirred up all the pain and longing and other pathetic feelings that I just wanted to make go away.

I needed music of my own. Something that I had not shared with him. It seemed like every song in existence had some sort of connection to him, and what I desperately needed were songs that we hadn’t listened to while making dinner or making love or driving along the sun-soaked Pacific Coastal Highway between LA and San Francisco.
That’s when I truly found hip-hop, including the Beastie Boys. Lonely and having just moved to a new town, I spent a lot of time at the mall record store, buying CDs that would be free of ex-related memories. Two, in particular, helped me assuage my rage and fear and loneliness: Licensed to Ill and Legend of the Wu-Tang. Both were on sale for $9.99.

I lived in a hotel and had only a suitcase and a Discman to my name. That lone piece of obsolete technology was my connection to self-renewal. When I threw on that Beasties record, I had music that was all mine. I could create new memories with it. It became a guiding light in that weird process of finding myself, having wandered too far into the wilderness of an abusive relationship and coming back on the other side. Alone. Alive. Grateful.

What that music gave me was a chance to be me. A chance to feel free from pain and guilt and sadness. When I couldn’t figure out why I was so devastated to hear the news that MCA died, I had to stop and give myself time to think about it. He may have never known how his band helped a random Canadian girl heal from heartache and abuse, but it did. Maybe that’s why anyone makes art or music or anything at all, because we stand the chance of unexpectedly reaching out to each other in ways we can’t even fathom, even when we’re just rapping about Brooklyn or kicking bass behind closed doors.

I spent $10 on that hot summer day, at a store that has probably since closed down. In truth, I don’t even have that disc anymore, having lost it in one of my many moves. What I received, though, is with me to this day, written into my memories, surging to the surface whenever I sing along, smiling wide.